Robert (commonly known as Bob) Fralic was born in Lunenburg, Nova Scotia in 1937.

At the Ottawa Coliseum in 1948, Bob met Hank Snow who inspired him to seek a career in country music. Bob dreamed of having a singing career in cowboy movies. His life path changed when he joined the navy in 1956 serving for 33 years as an aircraft technician and crewman flying naval aircraft. After the navy he served with the Canadian Coast Guard.

His love of music and performing were still a part of his life and Bob continued singing in Canada, the UK, Europe, the Caribbean and the USA dedicating his talent to children's orphanages, hospital burn units, TB hospitals and NATO concerts. Over the years Bob was a member of several bands: The Bonaventure Drifters, Annapolis Country Cut-Ups, Nova Scotia Grass and Eastern Ridge.

Bob has written many songs and poems. He has received many trophies for his singing, including the Anna Wolfe Margoshes Award - highest vocal award in Ottawa High Schools and was awarded the Order of Military Merit.

Through his good friends and pen-pals, the late Gene Autry and Monte Hale, Bob and his late wife Marie had many invitations to events in Hollywood. To this day, he is good friends with Mrs. Autry and Mrs. Hale.

Many cowboy and country singers have inspired Bob. Among them are: Wilf Carter, Roy Rogers, The Sons of the Pioneers, George Strait, Bob Wills, and Ian Tyson.

He has invested 63 years in his music, with an extensive library of scrapbooks, records, music, movies and western memorabilia.
Bob is a proud father of five children, grandfather of five grand-children and great-grandfather of one great-grandchild. Bob resides in Porters Lake and has a summer home in Queensland. 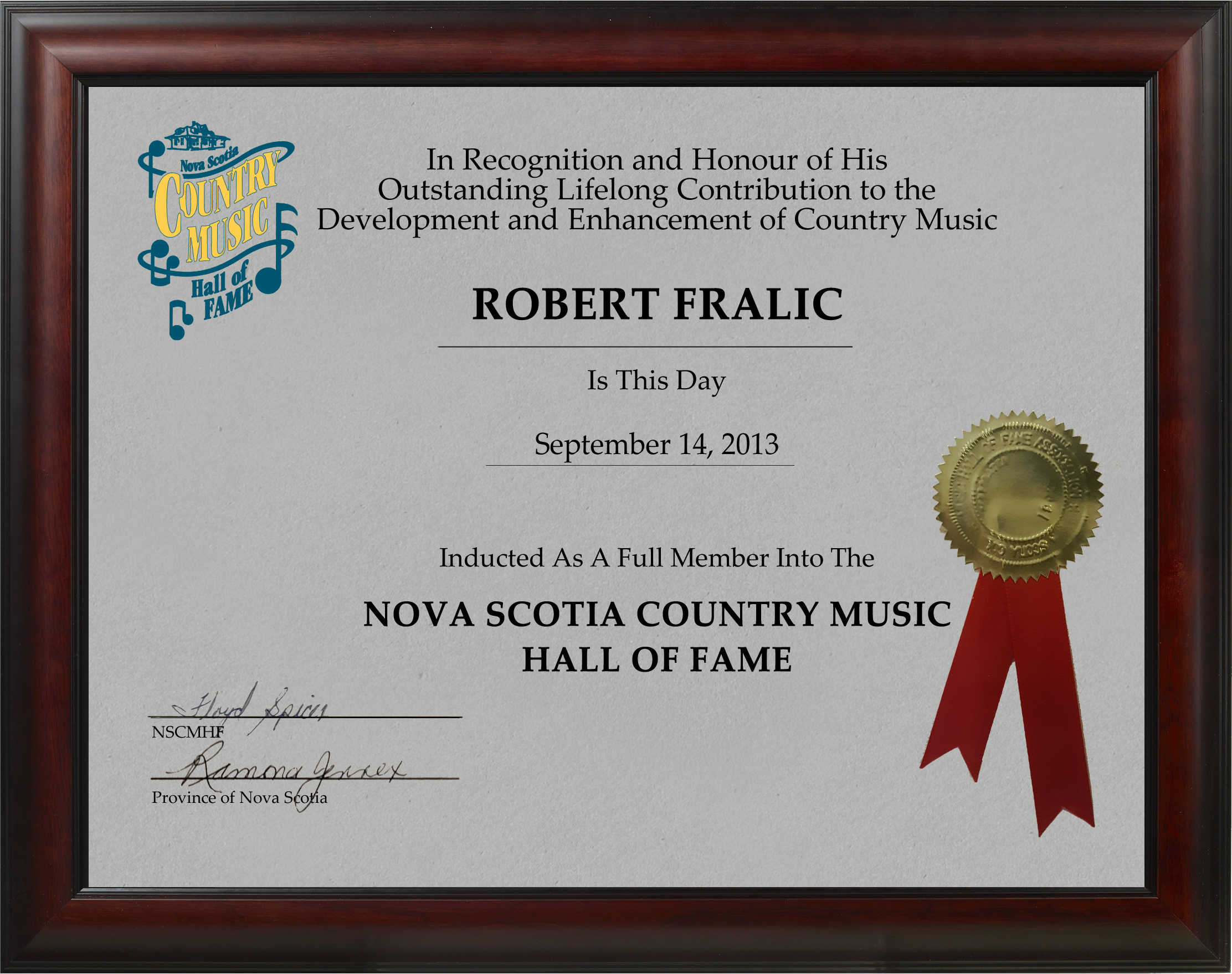