Gerald (better known as "Jerry") Murphy was born in St. John, New Brunswick moving to Nova Scotia in 1992. He has been a music promoter since the late 1970's.

With his love of music and in particular bluegrass music Jerry has been active in many organizations, holding offices including: President, Ways and Means Director, Band Selection of the South Eastern New Brunswick Bluegrass and Old-time Music Association, Director, Treasurer, Vice-President, and President of the Downeast Bluegrass and Old-time Music Society that produces the oldest bluegrass festival in Canada and the Eastern Canada Bluegrass Music Awards - Jerry has been involved with this Society for more than 30 years.

He initiated the forming of the East Hants Bluegrass & Old-time Music Association in November, 1992 and has been President of the Association for most of its existence.

Jerry has hosted many of the summer bluegrass festivals and indoor events across the Maritimes providing festival flyers at many of these events. He has an information website displaying music information, produces flyers and sends information to the media for other venues. He updates the Bluegrass Canada website calendar for the eastern region.
Jerry is responsible for creating "The Milford Coffeehouse" in 2003 and promotes the church as a venue for variety shows and fund-raisers.

Each year Jerry organizes a country and western jamboree for the Milford Recreation Winter Carnival. On occasion he has hosted a country & bluegrass TV show live on Milford cable.

His many awards include being a five-time winner along with master awards in both MC & promoter categories at the Eastern Canada Bluegrass Music Awards.

He has received volunteer recognition from the Municipality of East Hants, the South Eastern New Brunswick Bluegrass & Old-time Music Association, Maritime Bluegrass Magazine, Bluegrass Diamonds Band, T.O.P.S. New Brunswick, Canada's 125th anniversary, Pictou Bluegrass Festival and the Pizza Hut International Bluegrass Showdown Eastern Division.
Jerry and his wife Bernice reside in Lantz. He continues to be an ambassador for country and bluegrass music in the province and across the country.

Jerry is a volunteer extra-ordinaire and a lifetime organizer and promoter of the genre he loves. 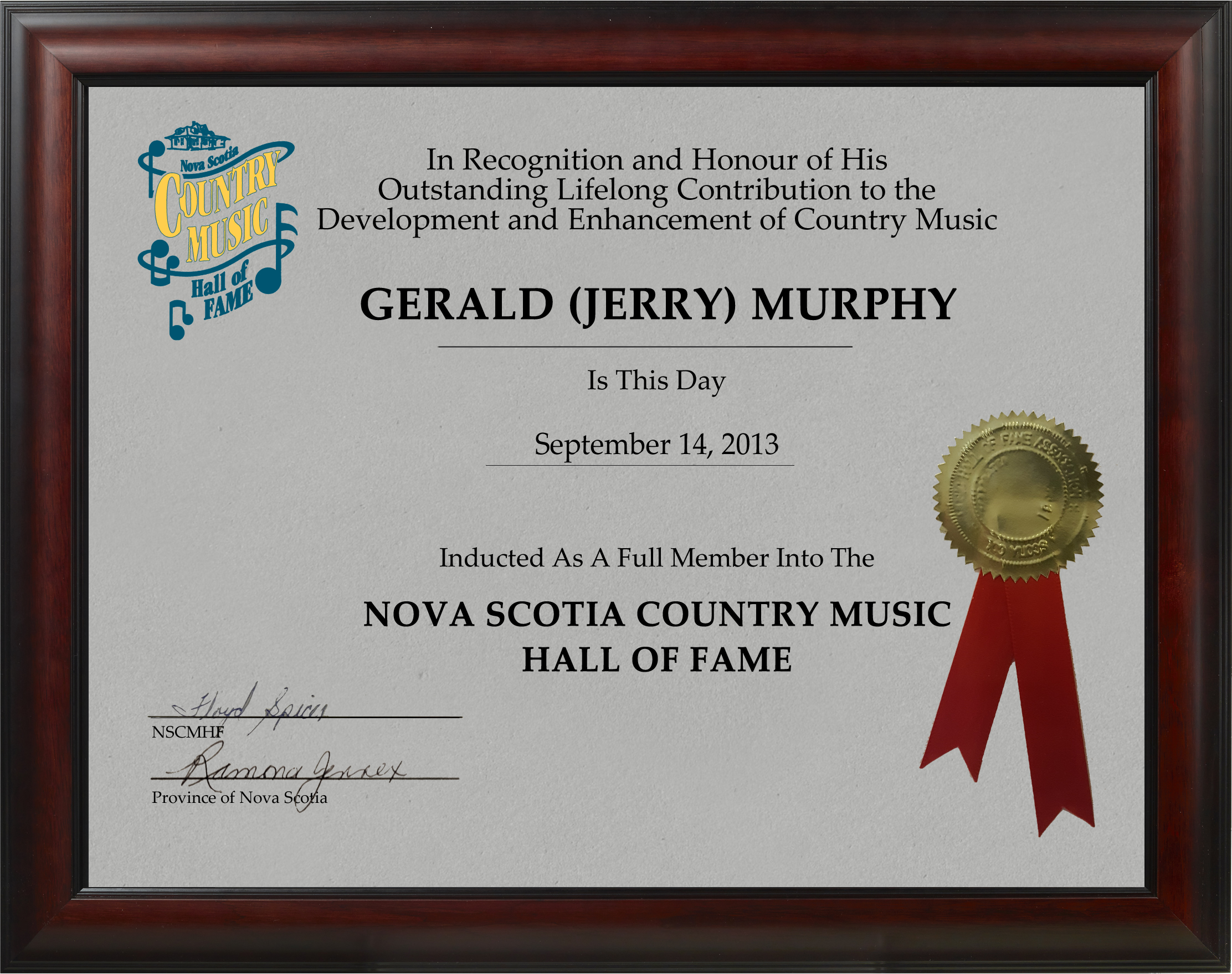