A self taught fiddler, Cliff Manley began playing at age 9 and performed at his first dance at age 14 in Noel, Nova Scotia, where he was born in 1947.

Along with his wife Maxine who sings, plays bass and keyboard, Cliff played with several bands including:
Hayloft Ramblers, Bluegrass North, Mountain Country, Mahogany Ridge, Scotia Sunshine, The Fugitives (a New Brunswick group) and The Boys From the Rock (a Newfoundland group).

He has several recordings including: an 8-tract with Cye Steele in the early 70's; "Welcome to Mountain Country" cassette done in 1985; "Fiddlin' around - Cliff Manley with C & M Country" in 2011.

Cliff and his wife Maxine reside in Maitland, Nova Scotia. He loves to take his fiddle out to perform his special music and continues to entertain for appreciative audiences. 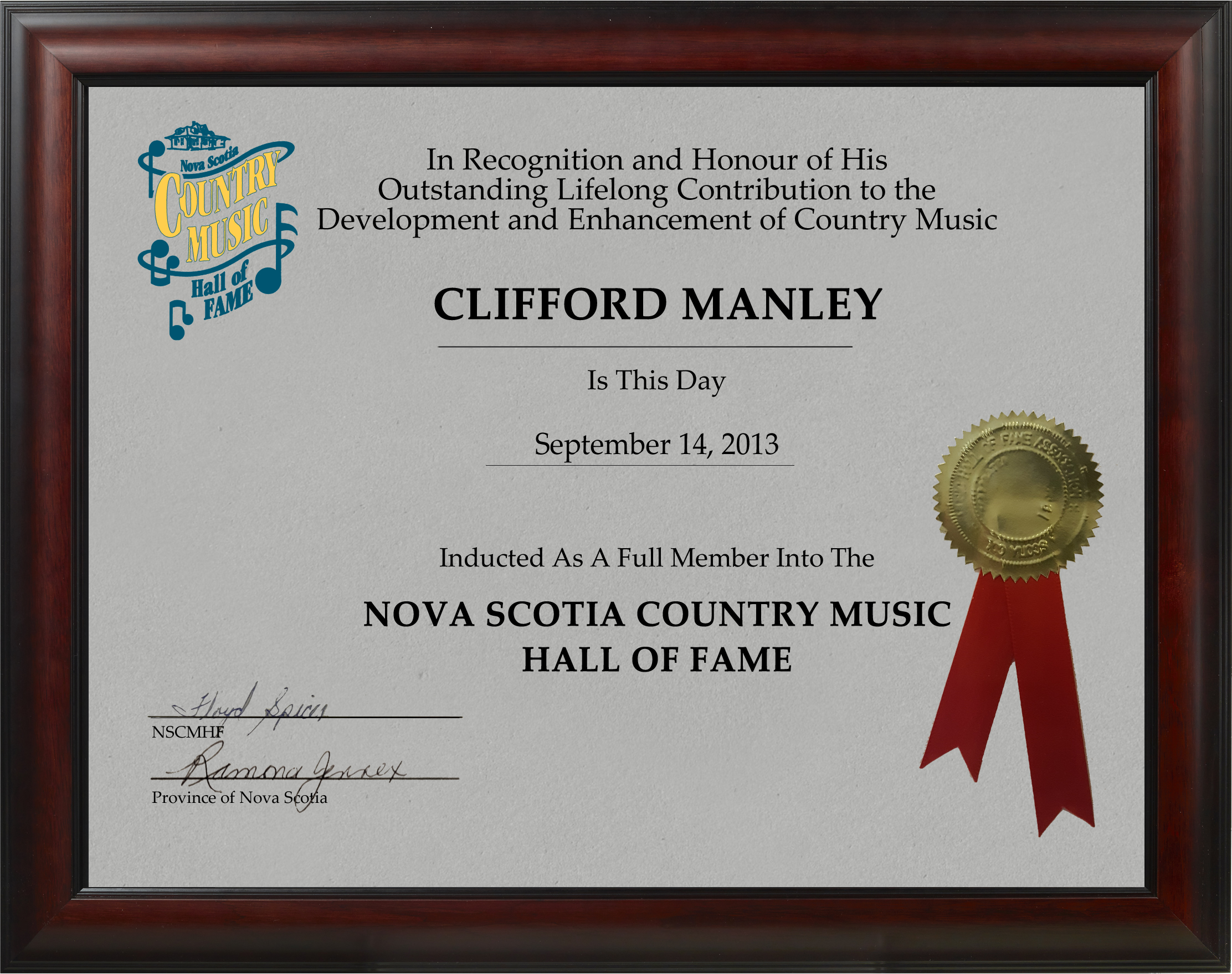