Brent Williams the youngest of 8 children was born on a small farm in Hassetts, Nova Scotia on March 25, 1940. Influenced by his mother's love of music and encouraged by his brother to begin playing guitar, Brent went on to have a professional musical career spanning over 55 years.

He was an original member of the bluegrass band "The Birch Mountain Boys" who toured the Maritime Provinces. Brent, along with singing partner Harry Cromwell, created the "Brent & Harry Show" and while on the Gaspé Coast in 1963 joined up with the "Marcel Martel Show" from Drummondville, Quebec. A few years later Brent moved to Toronto and began a solo career in mainstream country. Whether playing at the Matador Club in Dartmouth, on stage at Seneca College in Toronto, as a guest on: CJCH Jamboree, Maritime Playboys Show, or recording at RCA Studios in Nashville, Brent's musical talent and charisma leaves his listeners in awe. During the 90's, Brent's cross-Canada tours became a regular with the biggest chain store in the world, Wal-Mart. Hosting his own stage shows gave him the opportunity to perform his award winning songs, many of which were top 20 chart busters.

Brent was one of the founding members of the Canadian Country Music Association, won the "Bon Soo" open fiddle competition, recorded over 20 albums, received a Certificate of Merit from Condor/Marathon Music, and Canadian Academy of Recording Arts and Sciences in 1976 and 1977 and has been nominated for a CCMA Award.

Brent continues to tour throughout the Maritimes and Canada.

For the past 10 years his career has taken a turn toward gospel - recording and performing as part of his personal ministry. Whether your taste is for gospel, rich country vocals, bluegrass or fiddle tunes ranging from old-time to Cajun, Brent Williams does it all. 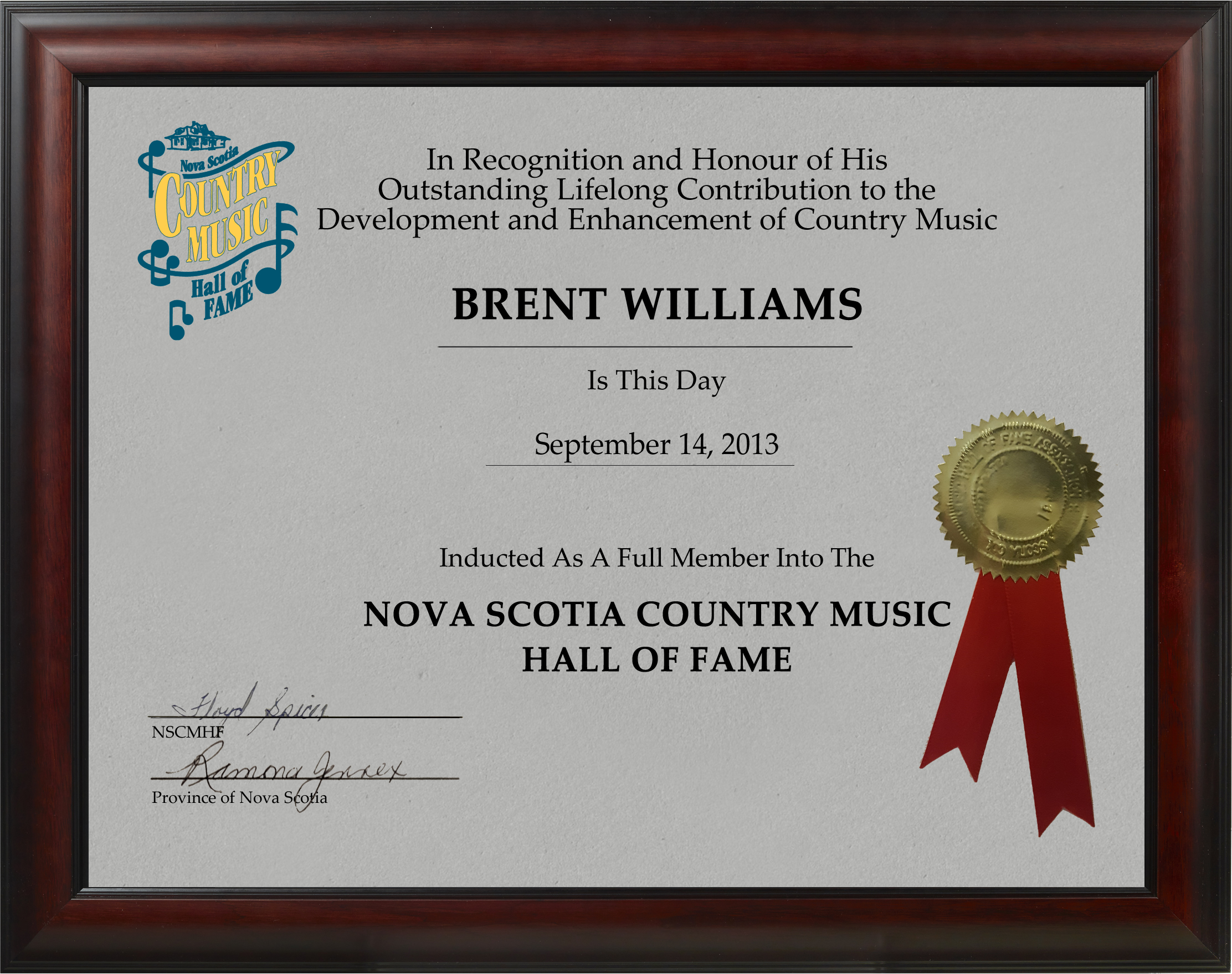