Jo-Ann Newman was born in London, Ontario on June 29, 1955 and when she was three months old moved with her parents, Sheila and Fred Newman to their home in Carroll's Corner, NS.

Jo-Ann started singing at the age of eight encouraged by her mother, Sheila Newman, a well-known musician/singer.  Raised in a musical family, Jo-Ann had many opportunities to sing at local community halls which brought her to the attention of NSCMHF Inductee Vic Mullen who showed great interest in her talent.

Jo-Ann's TV debut was in 1969, at the age of fourteen.  Guest appearances on Vic Mullen's Countrytime led to being a regular on the show for the 1972-73 season as part of the Hickery Trio (consisting of Jo-Ann, Stan Taylor & Ron Naugle).  Her repetoire includes working with not only Vic Mullen and the Hickery's, but also Myrna Lorrie, Don Tremaine, Wilf Carter, George Hamilton IV, Carroll Baker, Blake Emmons, Johnny Gold and many more.  Jo-Ann took every chance to sing and is very grateful to everyone who gave her the opportunity. In 1974, she travelled to Toronto to record her first albums with Condor Records, titled Easy Country along with a duet album with her sister, Bonnie titled The Newman Sisters -Bluegrass & Country.  The recordings were heard by Nashville artist Shot Jackson and he invited The Newman Sisters to Nashville to appear on the Grand Ole Opry in October, 1974.  They were introduced on stage by the great Roy Acuff.

While in Nashville, Jo-Ann and her sister Bonnie turned down a recording contract with RCA records instead deciding they wanted to stay close to family and returned to Nova Scotia.

During her career, Jo-Ann's music has been played on radio stations around the world.

For Jo-Ann, it is a pleasure seeing the audience show their enjoyment when she is performing for them as she continues to sing throughout Nova Scotia.  In recent years she has been joined on stage by her husband, Floyd Spicer, for some well received duets.  They reside in Hammonds Plains, NS. 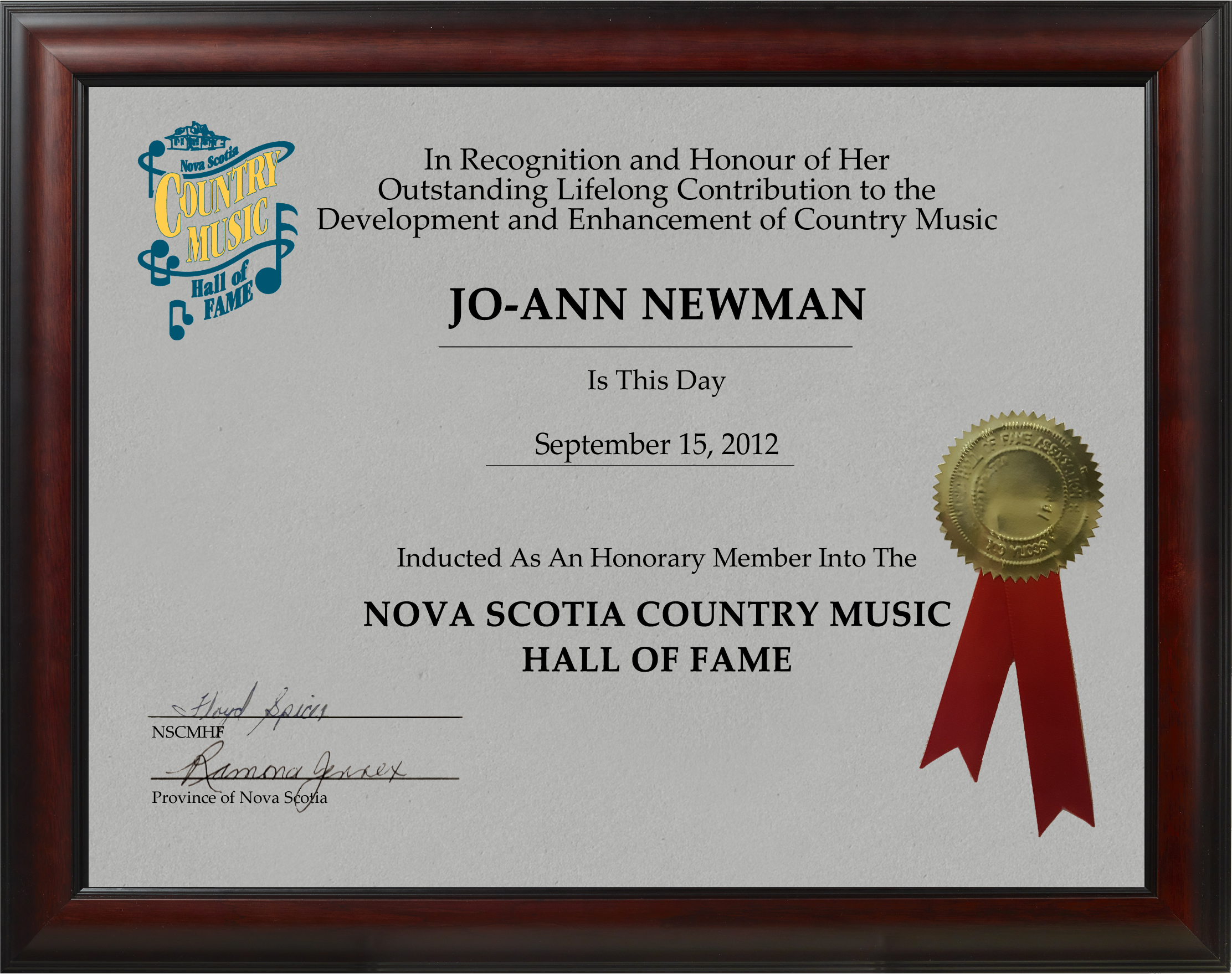