Frank Spinney is a well-known singer, songwriter, scriptwriter and recording artist.  He is also a promoter and organizer who has raised monies for charities always with the help of his friends. In 2011 Frank and the 'Messengers of Hope' raised over $11,000 for the Canadian Cancer Society.

Frank was the recipient of several awards at the Atlantic Film Festival as writer and producer of his movie "Nashville Bound", including one from the National Film Board of Canada.  With his melodious voice, he has appeared on TV and radio nationally and internationally.

Frank has been leader of  'Country Generations', a 10-piece country music showband.   Touring Australia as ambassadors from Nova Scotia and Canada, he had a # 1 song on Australian charts for 14 weeks.  Frank feels that "music is universal and as long as people are enjoying our music, it doesn't make a difference what country plays it."  As well as his own songs and recordings, Frank has worked with well-known musicians such as - Brent Mason, Pig Robins and Art MacAulay.  Frank has also been blessed to perform with his two sons Jamie and Jason for many years.

BBC re-pressed 'Middle of the Road Country' and honoured Frank by distributing the album throughout Europe, at their cost, from which he received royalties for many years.  In 1984, Frank had the opportunity to relocate to Nashville with a confirmed recording contract with promotion throughout the USA.  Instead, Frank chose family over his love of music and remained in Nova Scotia.

Frank Spinney is a proud Nova Scotian who has been involved in country music for over 40 years recording a total of 75 songs. Frank has made long-lasting friendships through his music and penned this feeling in 'True Friends', one of the 40 songs he has written -  "True friends are like diamonds; precious and rare".  His song 'No Regrets', written and recorded in 2002, includes the quote - "If my life should end tomorrow, I would have…no regrets". Frank thanks "each of you who have supported and continue to support me in my musical quest".

Frank has always had his best friend and wife, Donna, close beside him and they make their home in the Annapolis Valley.   He says, "Music has taught me patience, love, and understanding; all of which I feel very blessed to have in my life." 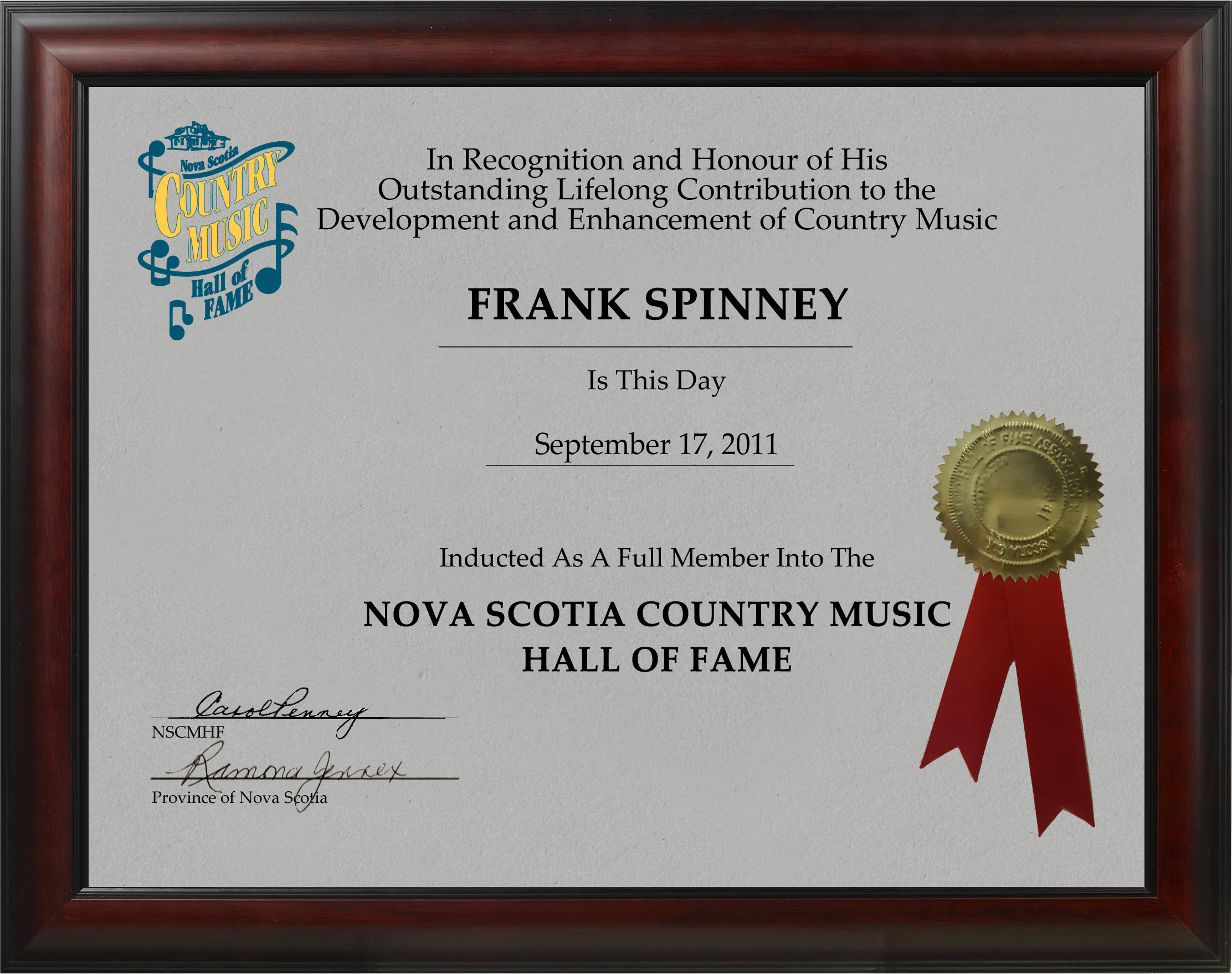