Floyd Spicer began his musical career at the age of 12 when he purchased a Harmony Acoustic Guitar from T. Eaton Co. and joined his brother Gary's band. Performing at many jamborees, he was introduced to the steel guitar by NSCMHF Inductee Len MacDonald and thus began his lifelong love and mastery of the steel guitar.

Shot Jackson, Nashville Steel Guitarist and manufacturer of 'Sho-Bud' Steel Guitars was impressed with Floyd's playing when he heard him during a tour in Ontario. Shot helped Floyd obtain a new Professional Sho-Bud Steel Guitar which he played for over 22 years before purchasing a new steel guitar.

Performing with bands in Nova Scotia and on tour across North America and Australia, Floyd honed his talents as a popular steel guitar, guitar player and singer. He has been privileged to appear on stage with and provide back up for many top-name recording artists including: Wilf Carter, Don Gibson, Ronnie Prophet, Graham & Eleanor Townsend, Mac Wiseman, k.d. Lang, and the Forrester Sisters. Floyd has played with The Stringbusters, George Brothers & Ole Blue, Johnny Gold and the Golddiggers, Jo-Ann and Easy Country, Keith Delong & Silverdollar, Country Generations, and the Nine Mile River house band - Country Folk.

Floyd participated in the Canadian Country Music Association award shows held in Halifax in 1982 as Assistant Producer and Stage Director, and in Moncton in 1984 as assistant to the Producer.

During his musical career, which spans over 50 years, Floyd has recorded on several artists' albums and CD's and continues to record and perform on a regular basis.

Floyd also performs with his wife Jo-Ann at various shows throughout Nova Scotia. They make their home in Hammonds Plains, Nova Scotia. 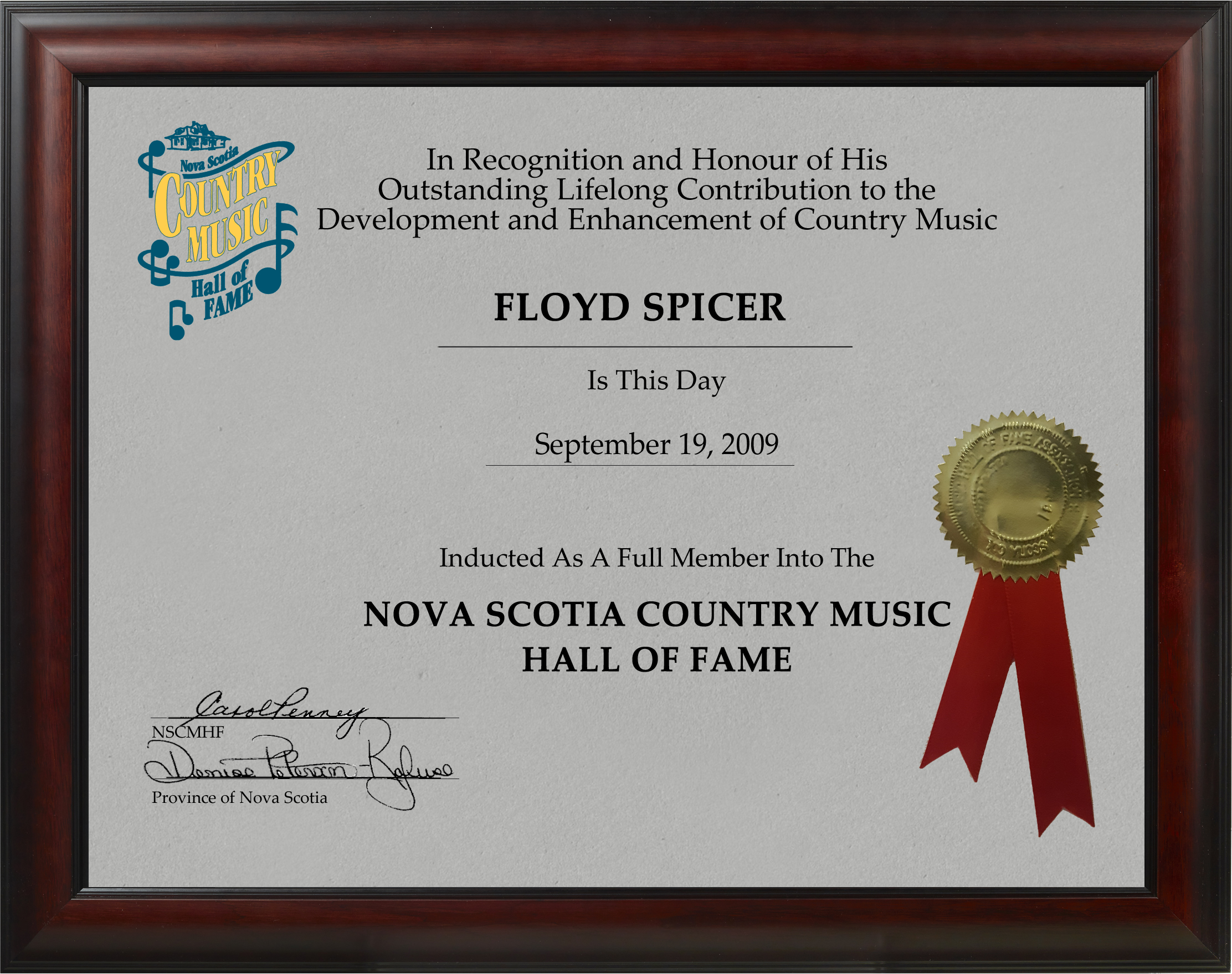