Johnny Gold was born in Newfoundland. Johnny came to Nova Scotia in 1959 and has made it his home ever since. He attended Hants West Rural High before continuing his education at NSIT where he studied to be a
certified electrician. After working as an electrician for nine years, Johnny had the opportunity to become a radio disc-jockey at CHFX Country 101.9 FM. Johnny accepted the position and was soon promoted to program director. He was involved in radio for over thirty years.

All during this time, Johnny pursued his true passion, singing, writing and performing country music. In 1970 the band "Johnny Gold and the Gold-diggers" began performing much to the delight of audiences throughout Nova Scotia.

Johnny Gold and the Golddiggers opened for such acts as Ray Price, Tom T. Hall, Roy Drusky, Eddie Eastman, Ronnie Prophet, the Mercey Brothers, Stompin' Tom Connors, the Good Brothers, The Family Brown, Anne Murray, the list goes on. Johnny recorded two albums which included the hits, "Hello Out There", "The Key To Your Apartment" and "You're Still On My Mind".

Despite a very busy schedule, Johnny was also a loving and committed family man to his wonderful wife Marilyn, his son John Michael and daughter Jacqueline. Johnny was recently blessed with the arrival of Braden, his first grandchild. 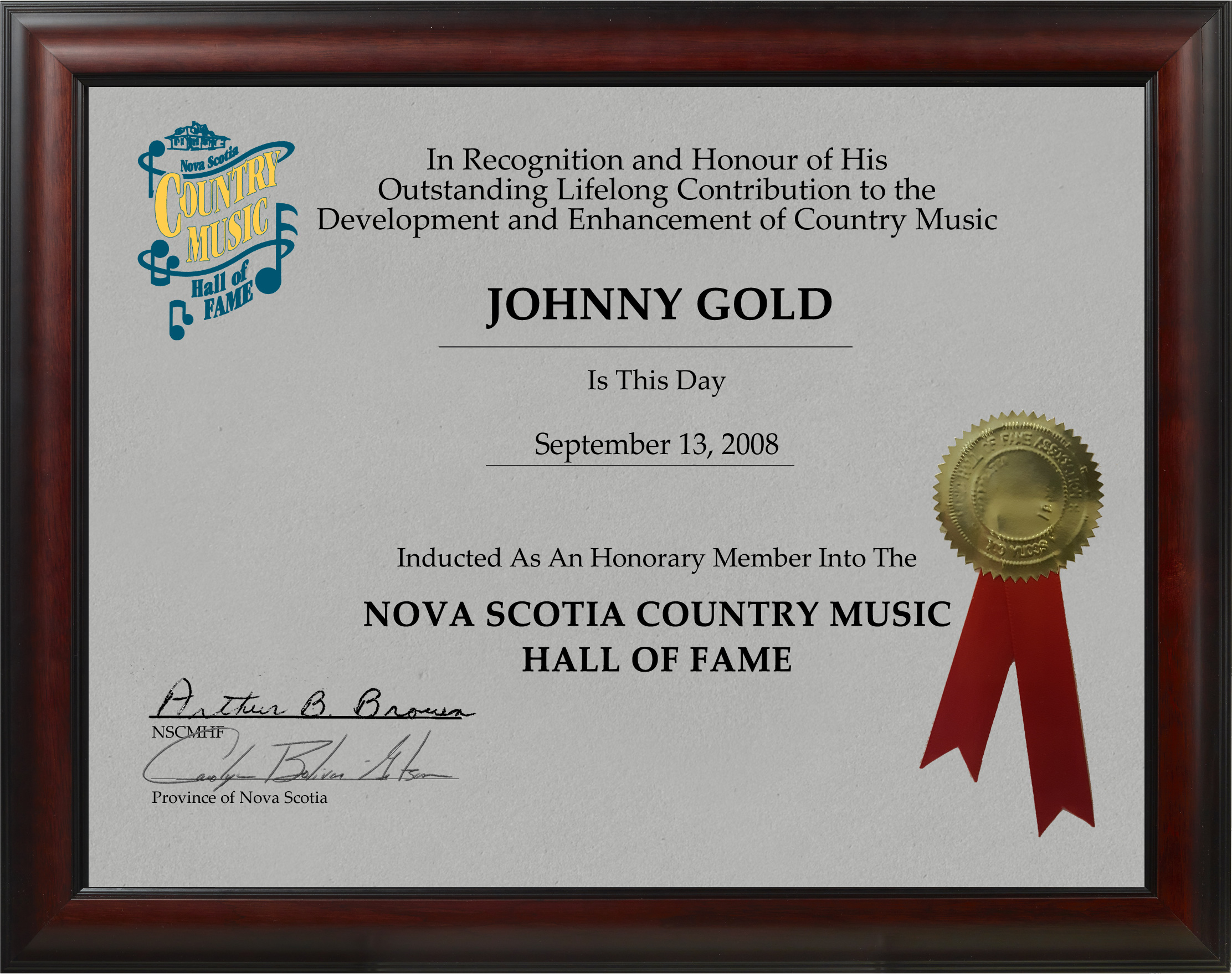