Cyrene "Cye" Steele was born May 31, 1930 in Halifax, Nova Scotia but grew up in Scotch Hill, Pictou County, surrounded by music - his grandmother and two uncles played fiddle. Cye's musical career began at age five when he joined a group that entertained at a Christmas Concert in the Scotch Hill school. By age eight he was playing for local dances.

In 1947 at age seventeen Cye moved to Truro. In September of that year CKCL Radio went on the air and Cye became the first fiddle player to perform on that station. He continued to perform on CKCL until the 1970's.

Cye had his own band, "Stealaway", as well as playing with other bands including sixteen years with the CNRA Quintette. His television appearances included four appearances on Don Messer's Jubilee, appearances "Gazette", "Countrytime", "Cross Canada Jamboree" and "Up Home Tonight". He was also host of "Studio Party" a local cable program on channel 4 out of Truro.

Cye competed in The Maritime Fiddling Contest in Dartmouth beginning in 1955 until 1975, winning the championship five times. He was always among the top ten finalists, quite often among the top three.

Cye has owned a number of fiddles over the years. Perhaps the most un-usual was a walking cane fiddle (shown in photo) made in Germany in 1865. 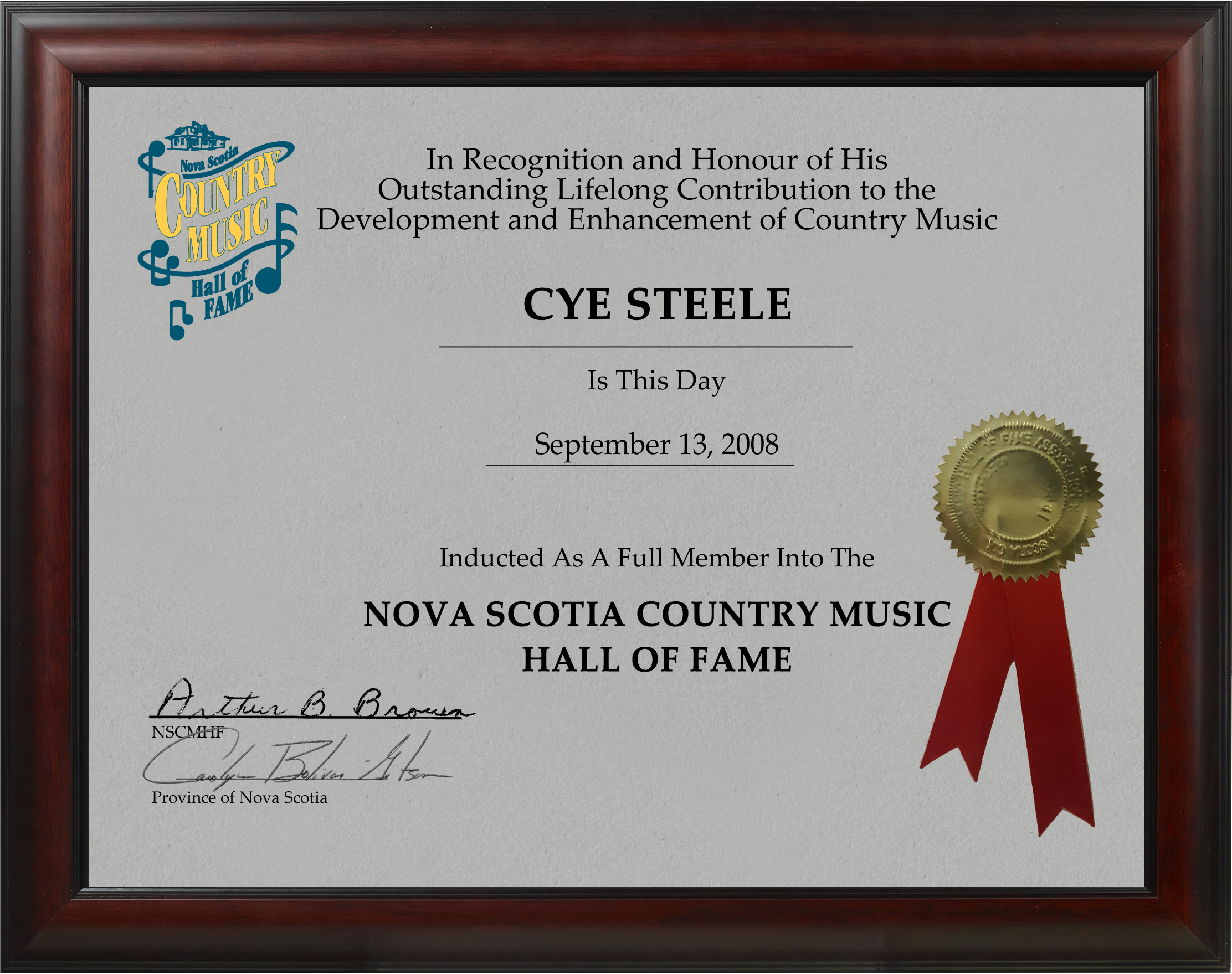