Lynne Crowell was born in 1952 in Barrington, Nova Scotia. Her passion for music started early and she began singing publicly at the age of three. Since then she's been a non-stop singer and songwriter with a career spanning more then 50 years.

After her high school Glee Club appeared on CBC's "High Society," Lynne was asked back to appear on other shows as a special guest, fuelling her desire to pursue a career in music. The connections in Halifax landed her a provincial tour with the then popular group "The Five Sound." Appearances on several CBC TV shows followed, including "Country Time," "Where It's At" and "New Year's East."

Throughout the 1970s and '80s, Lynne continued as a lead vocalist in several country, folk, bluegrass and spiritual groups, including "The Notre Dame Folk Choir," "Pier 4," "Hi Grass" and "Cellar Blue." In 1979, "Evergreen" was formed, performing at hundreds of shows and festivals. The band, which includes long-time friends Don Randell and Loran Varner, continues to entertain at special events.

Lynne has released five CDs, starting in 1999 with "I Don't Mind The Rain," a compilation of original country songs. December of that same year she released a single "Our Christmas Memories." This was followed in 2000 with a special recording for the International Lighthouse Conference hosted by the South Shore Tourism Association. In 2004 she released "Outside The Lines" featuring "The Rainbow Ranch Boys," Kayton Roberts and Roger Carroll. "Our Salute to the Veterans and War Brides" was released in 2006 by "The Evergreen Trio," which includes music from the first and second world wars.

A promoter and ambassador of Nova Scotia's music and way of life, Lynne has been a long-time volunteer with the Friends of Hank Snow Society since the early 1990s. She continues to support the organization today, including regular performances at the Hank Snow Tribute concerts. She has also been recognized for her nearly three decades of volunteer support to the South Shore Tourism Association. Lynne also donates her time and talents to numerous benefit concerts across the Maritimes.

Lynne continues to live in Barrington, only a short distance from the small cottage where she was raised. She's still writing, recording, performing and appearing on television and radio, and hopes to do so for many years to come. 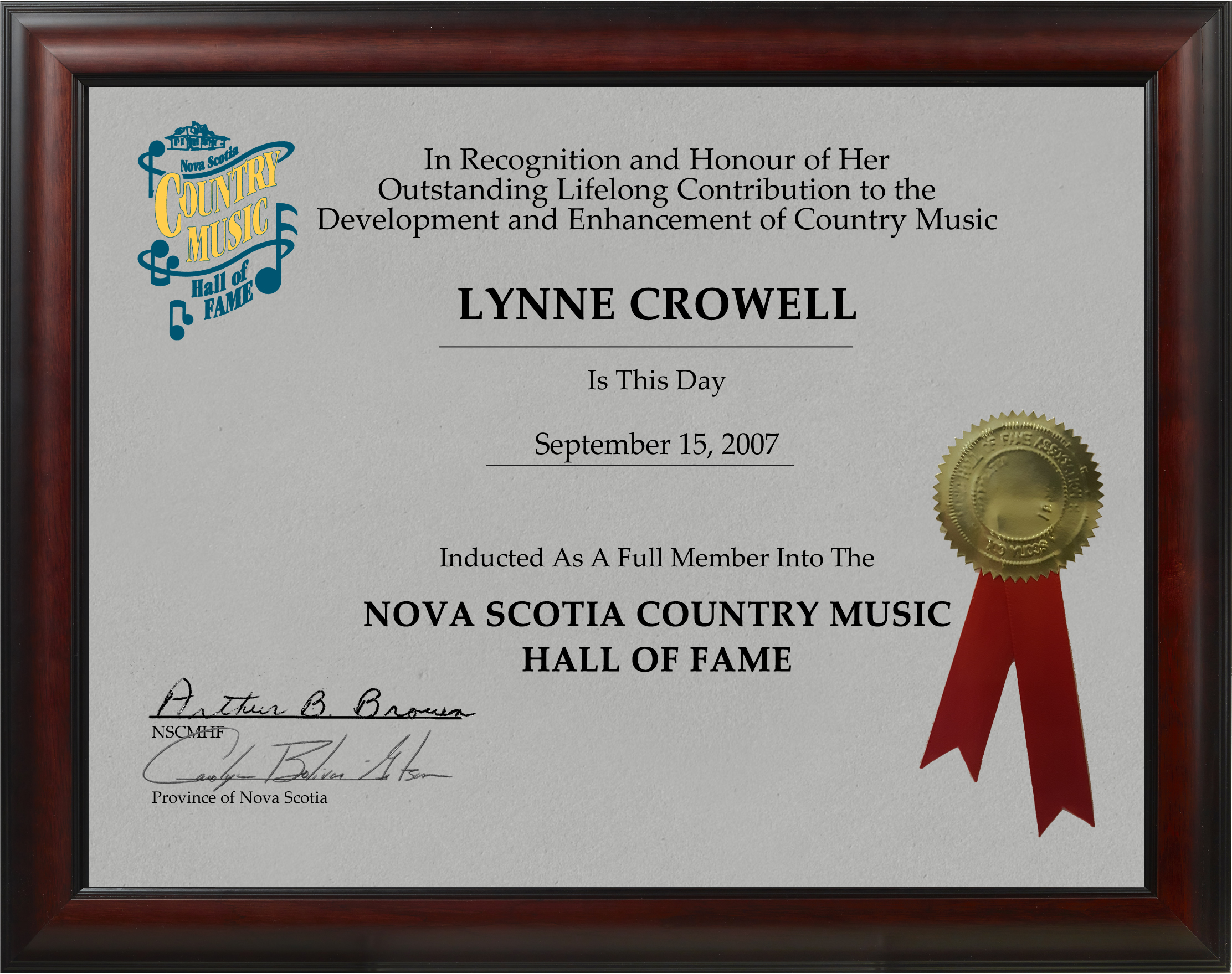