Keith was about twelve years old when he and his brother were both given a calf to raise by their father. When he was sixteen the calf, now full grown, was sold and with the money, Keith bought his first guitar and amplifier. The guitar was a Harmony arched top electric from the T. Eaton Co. Keith started playing guitar in a dance band in the Windsor area in 1952. Then in 1956 he started playing fiddle with a country music group, for a time playing in both bands, sometimes on the same night. Eventually the fiddle won out and Keith played fiddle with a country band called "The Acadians" all through the 60's and 70's.

In the early 70 's Keith formed his own band, "The Novas," playing mostly in clubs and bars with Keith on lead guitar. By 1982 Keith was getting tired of the bar scene and decided to get serious about the fiddle. He started entering fiddle contests, won some and placed well in others. He also began his recording career in 1982 when he recorded "Swinging Fiddles" with fiddlers Bill Guest and Ivan Hicks. In 1995 this trio did another record, "Swing Fiddles in Nashville" with two of the world's best, Buddy Spicher and Vassar Clements doing guest appearances.Jim performed throughout Canada's northwest for a number of years, recording "Hard Times in the Maritimes" and "Lots of Tequila" during this time. Don stayed at home and continued writing, including the song, "A Pictou County Christmas." This song became the title song of the 1996 "Christmas Daddies" CD. In 1999 the Haggarts released their "Greatest Hits" CD.

In 1980 Keith started releasing his own recordings under his own label, K&B Productions. He and his wife have their own studio where he records his own projects plus for other artists as well. Over the years Keith has played in dance bands, show bands and bluegrass bands as well as doing session work on other artists' recordings. For the past ten years Keith has been teaching music, fiddle, guitar, mandolin, bass and rhythm piano.

Some of the highlights of Keith's career are: playing with the great Graham Townsend on CBC TV, on stage in New York with Chubby Wise, playing in front of 6000 people on Padre Island and at the end of the set getting a standing ovation, being named "Honorary American Winter Texan Musician" in 2005, recording in Nashville with some of the best musicians in the world just to name a few. Keith continues to release a new recording every year, the latest "Salute to Fiddling Greats." Keith and his wife winter in Southern Texas. 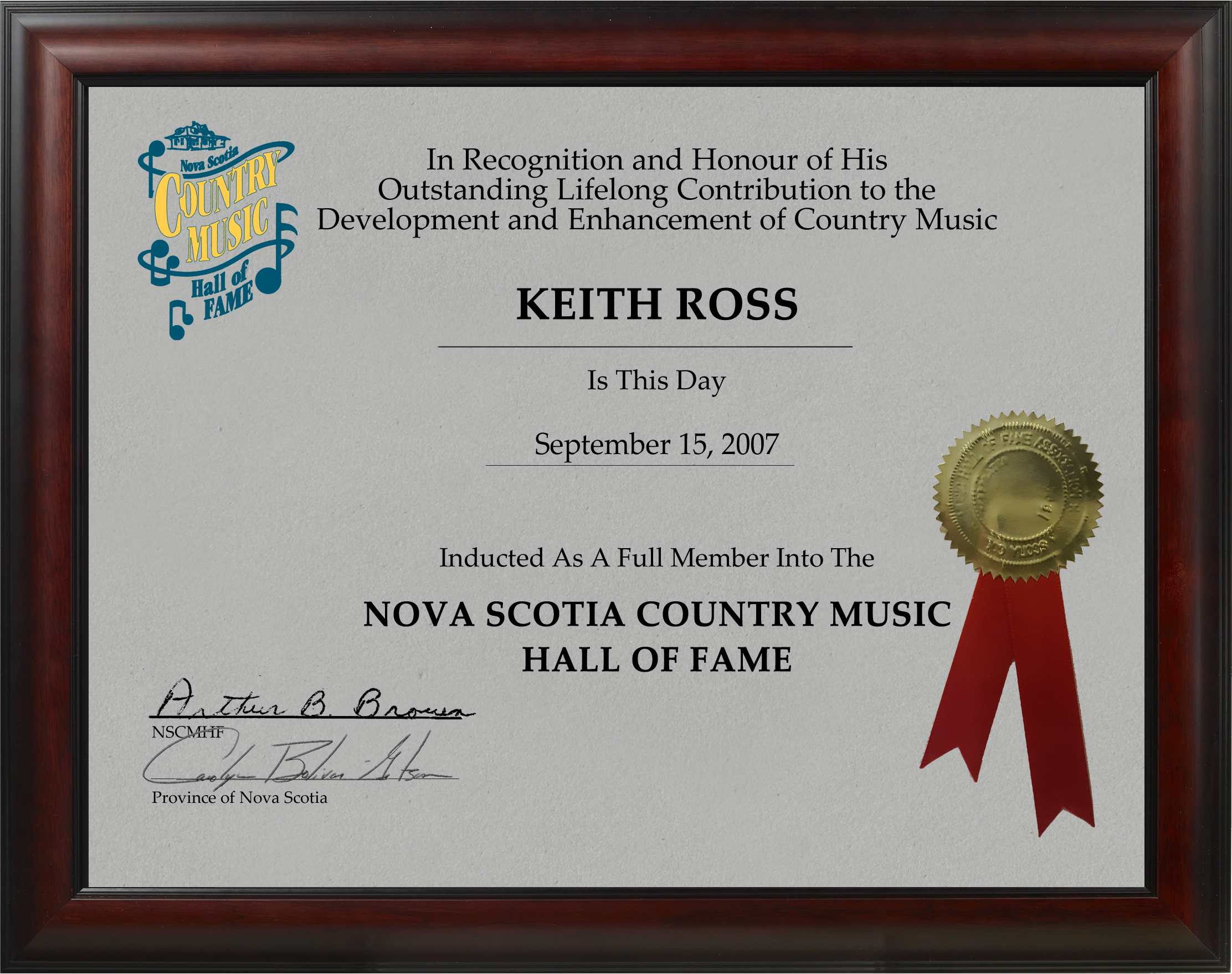