Rita grew up in Big Pond, Cape Breton, with three brothers and four sisters. After a number of unsuccessful attempts to break into the music business, Rita found inspiration in the women's movement. In 1971 she wrote a song about women having a voice, entitled "Need for Restoration." This was followed the next year by "Born a Woman" which became the title of her first album recorded in 1974. "BORN A WOMAN" launched Rita into the folk music circuit—from Riverboat and Mariposa to the Kootenays Folk Festival.

Back in Cape Breton the songs came fast and furious, among them - "Black Rock", "My Island" and "Working Man." Rita was being noticed. There were interviews, as well as requests for radio and concert appearances. A second album followed in 1980, "PART OF THE MYSTERY." However, the turning point was Expo '86 in Vancouver where Rita's shows sold out. In 1987 her album, "FLYING ON YOUR OWN" was released. The album went gold and earned Rita her first Juno for Most Promising Female Vocalist In 1988 her "REASON TO BELIEVE" album went platinum.

Rita has received doctorates from five Canadian Universities and in 1992 was inducted into the Order of Canada. Her TV shows have smashed records - two million people watched her 1993 "Once Upon A Christmas" special. She received two more Juno's, four Canadian Country Music Awards and seven East Coast Music Awards during the 90's.

This is what Rita's biographer and playwright, Charlie Rhindress said about her, "She has a very shy personality, but is a very strong person inside." 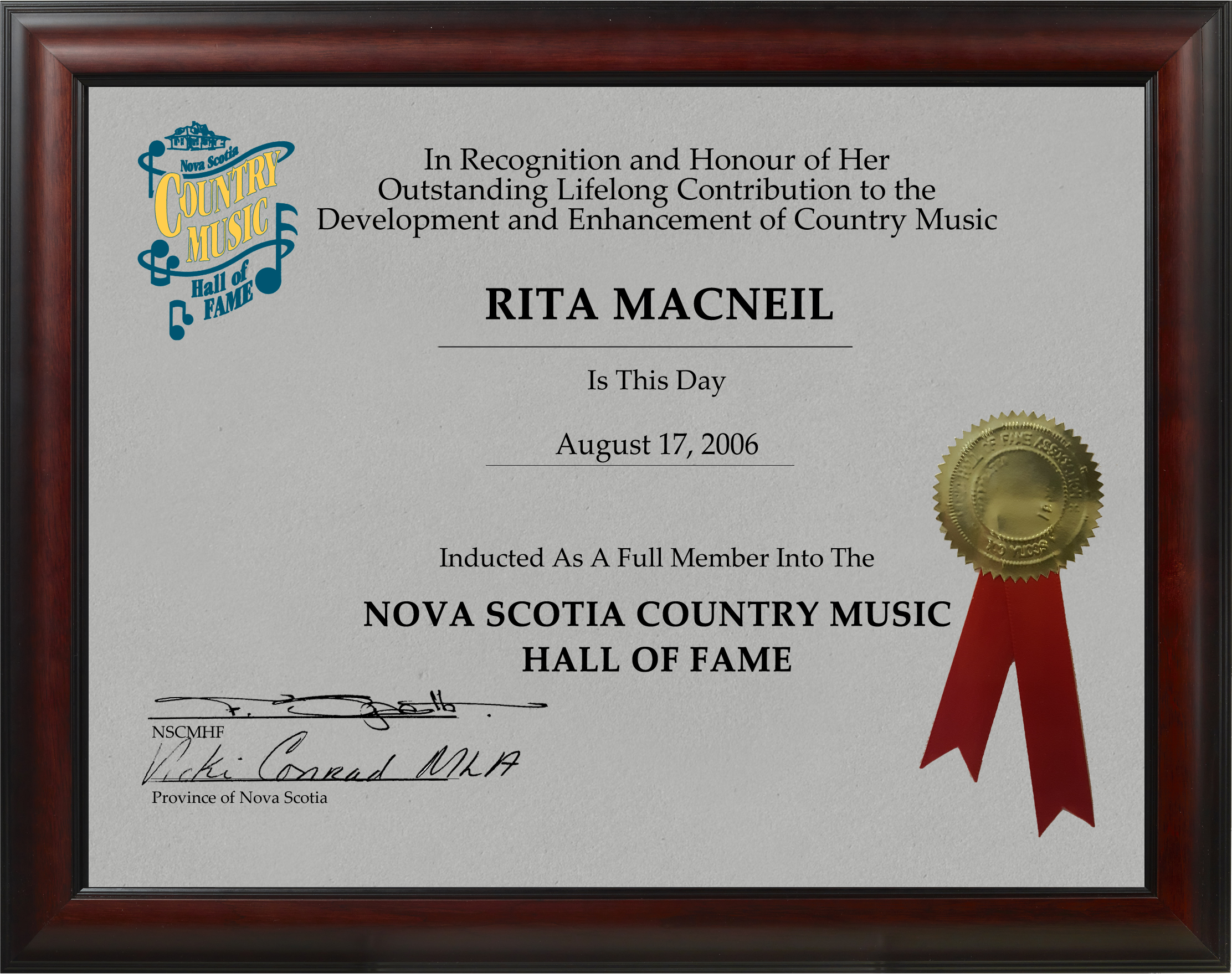