Leonard (Len) McDonald was born on August 14, 1936. Len was best known for his mastery of the steel guitar but could also play dobro, acoustic, lead and bass guitar. His musical career began at age fourteen when he started playing at local dances and weddings. Len played backup for many artists, appeared on local and national TV shows, concerts and jamborees.

Len played on several albums released by the cast of Countrytime. Included on the albums were the instrumentals, "Coffee Time", "Hickory" and "The Atlantic Waltz", all of which he composed. Len owned his own recording studio where he recorded local artists such as Maritime Express and Eric Bowers. Always ready and willing to teach and encourage young upcoming musicians, his contributions have been recognized by his induction into the Atlantic Steel Guitar Club, a life-time membership in the American Federation of Musicians Union and an Achievement Award from the Halifax Regional Municipality.

Leonard McDonald passed away on September 25, 2004. 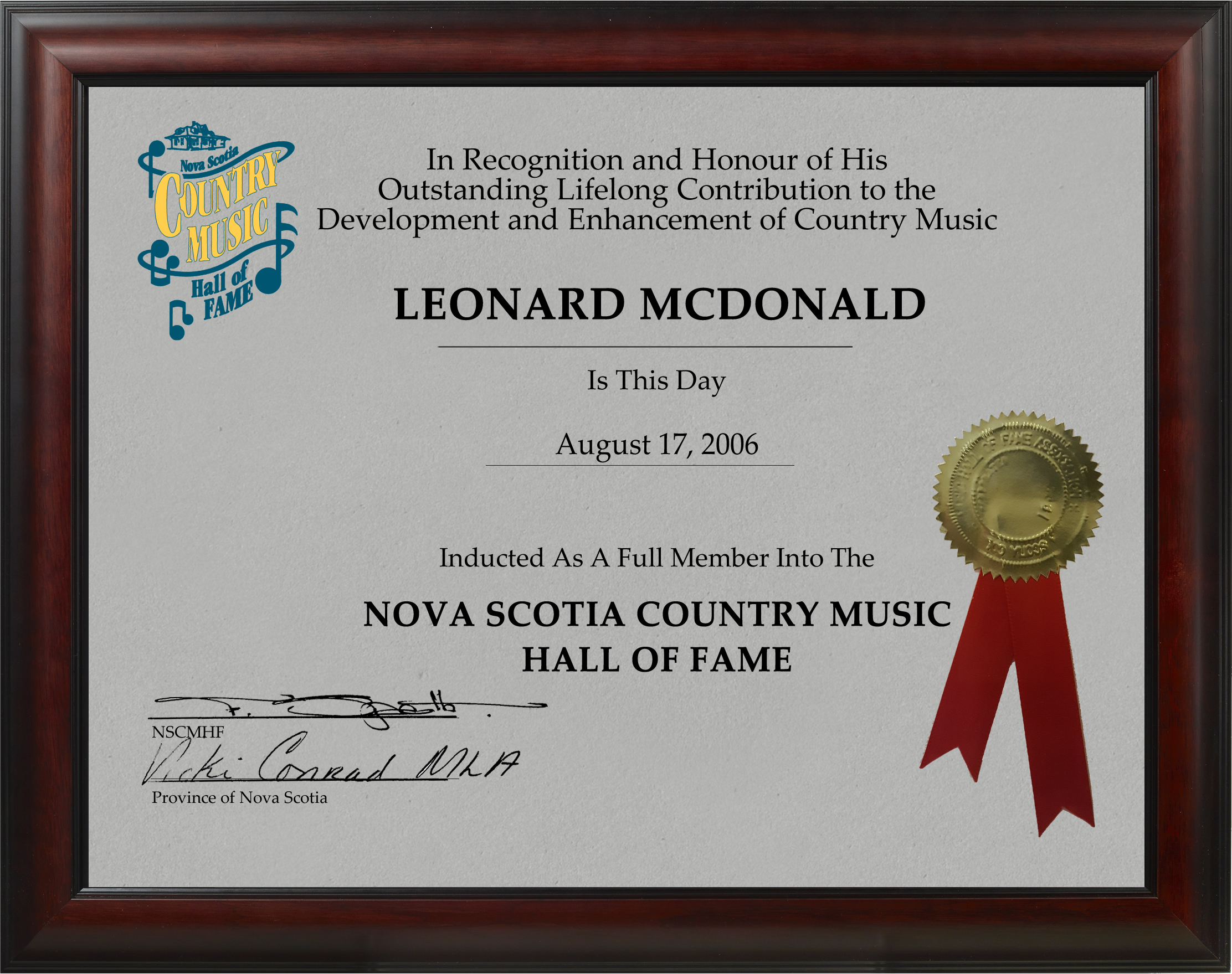