Jim and Don Haggart were born in Pictou County, Nova Scotia, Jim on January 5, 1938 and Don on May 10, 1951. Jim's interest in music began as a teenager playing lead guitar in a rock and roll band, "The Blue Cats." Don received his first guitar and started to write songs at age 13. He made his TV debut on Oland's Saturday Night as lead singer for "The Country Senators."

In the fall of 1971 the brothers hitchhiked to Toronto to pursue their musical careers and within three month Jim landed a recording contract with RCA's Arpeggio Records. "I'm Coming Home" was released in June 1972 and shot to number one on the charts. Jim and Don performed for Queen Elizabeth II during her visit to P.E.I, in 1973. They appeared on the Grand Ole Opry at both the Ryman Auditorium and the new Opryland. The brothers headlined the WWVA Wheeling West Virginia Show in 1974. They have appeared with Tommy Hunter, Ian Tyson, and George Hamilton IV and on Countrytime. Jim and Don have recorded two best selling LP's. They have had three number one hits, "I'm Coming Home", "He" and "Pictou County Jail." Seven others were top ten hits. The Haggarts were nominated for Juno awards in various categories in 1974 and 1975.

Jim performed throughout Canada's northwest for a number of years, recording "Hard Times in the Maritimes" and "Lots of Tequila" during this time. Don stayed at home and continued writing, including the song, "A Pictou County Christmas." This song became the title song of the 1996 "Christmas Daddies" CD. In 1999 the Haggarts released their "Greatest Hits" CD. 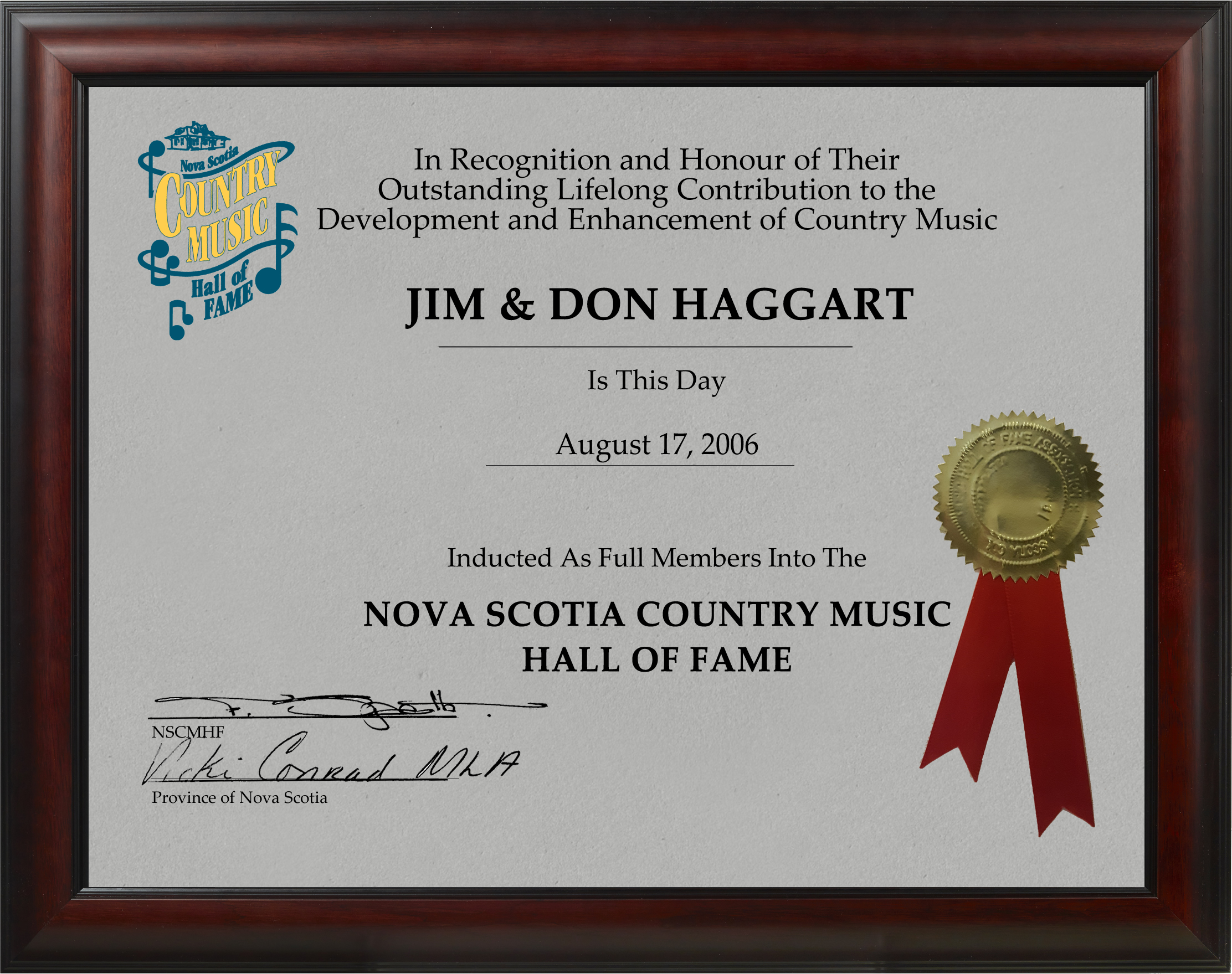