Chesley (Chet) Brown was born on June 8,1935 in Greenfield, Kings County, Nova Scotia. He was introduced to music at age eleven, his mother bought him a Palm Beach guitar from Sears for $11.95. It was not long before Chet was playing and singing at school concerts. He won his first talent contest at a J.B. Hamm Show in 1946. Chet wrote and recorded the theme song for Hal's Corral, a daily radio country music show on CKEN Radio, Kentville. He also did a weekly show on CKEN in the early 60's.

In 1963 Chet toured Nova Scotia with the Lome Baker Show. In 1966 he emceed and opened for Mac Wiseman at the Rebecca Conn Auditorium in Halifax. Chet twice opened the Seniors' Expo shows at the Metro Centre in Halifax, appearing with Rosemary Clooney and with Wayne Rostad. He has performed on Breakfast TV, Fred Isenor's TV show, on the CBC's, "Sounds like Canada" and "Information Canada." Chet has been a regular performer at the Nine Mile River Jamboree since 1994 and at the annual Hank Snow Tribute since 1995. He has won the "Sounds like Hank" contest held at the Tribute, an unprecedented eight times. He has written and recorded two songs ,"Just an Ole Country Singer" and "Born Country" and has five recordings to his credit.

Chet has taken part in over 490 benefit shows since 1993. He was honored by the province of Nova Scotia in 2003 for his musical contributions to charity.
Besides his love of country music, Chet and his wife Betty Lou enjoy hunting, fishing, organic gardening and just going for a walk. 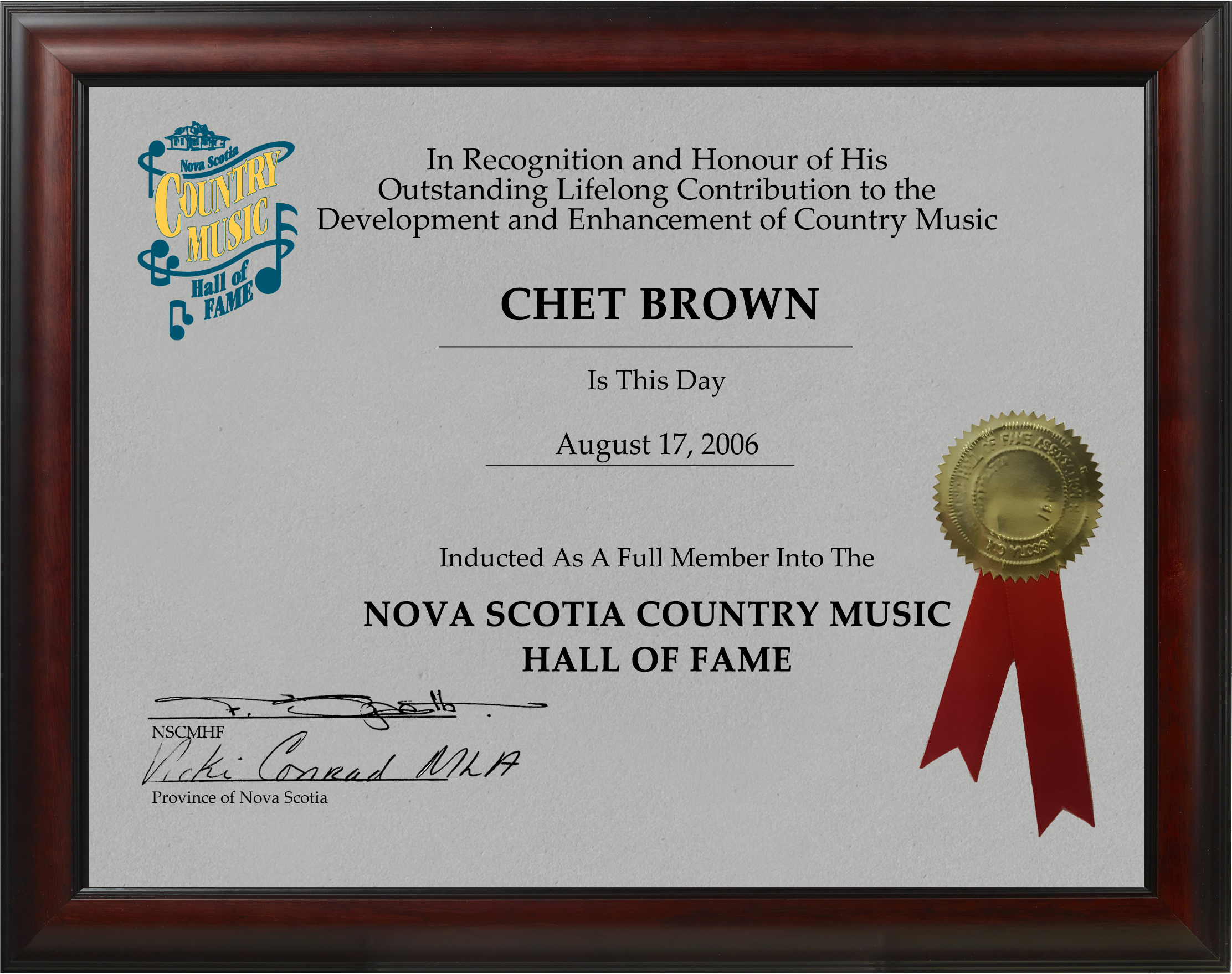