Robert Enos Joudrey, "The Fiddlin' Farmer" was born on January 5, 1929 at Lower Northfield, Lunenburg County, Nova Scotia. He received his first fiddle from his grandmother in his teens. He taught himself how to play by listening to the Don Messer Show on the radio and was soon playing for local dances, jamborees andentering old-time fiddling contests. When Robert was not busy working his small beef farm in Lower Northfield he was playing his fiddle, hence the name "The Fiddlin' Farmer."

Robert had a weekly radio show in the 1950's and appeared as a guest on the Up Home Tonight show. A highlight for Robert was appearing on stage with Don Messer at the Big Ex in Bridgewater in 1960. It is interesting to note that Don Messer helped Robert learn how to put his music on paper. He competed in the Shelburne Old-Time Fiddling Championship in 1975. In 1983 Robert started his annual Harvest Moon Jamboree and Pumpkin Show which fast became a crowd pleaser and raised countless dollars for area fire departments. He also organized a Springtime Country Music Jamboree, as well as numerous other variety shows, and benefits for those in need. Robert has composed over one hundred fiddle tunes, as well as about a dozen songs. A number of his tunes are compiled in his two books of music, "Bluenose Facts and Fiddle Tunes" and "Fiddling Along Nova Scotia South Shore."

In 1999 he released his one and only CD, "Barn Dance Fiddling Along Nova Scotia South Shore." Ivan Hicks, Buddy MacMaster, Tony Burtnik, Natalie MacMaster, and Jennifer Roland are but some of the fiddlers who have recorded fiddle tunes written by Robert. Don Messer played some of Robert's tunes on his CFCY radio show. Lt. Gov. Myra Freeman visited Robert at his home on February 23, 2005 to present Provincial honors for his many contributions to the community and to old-time fiddling. Robert passed away on February 26, 2005. 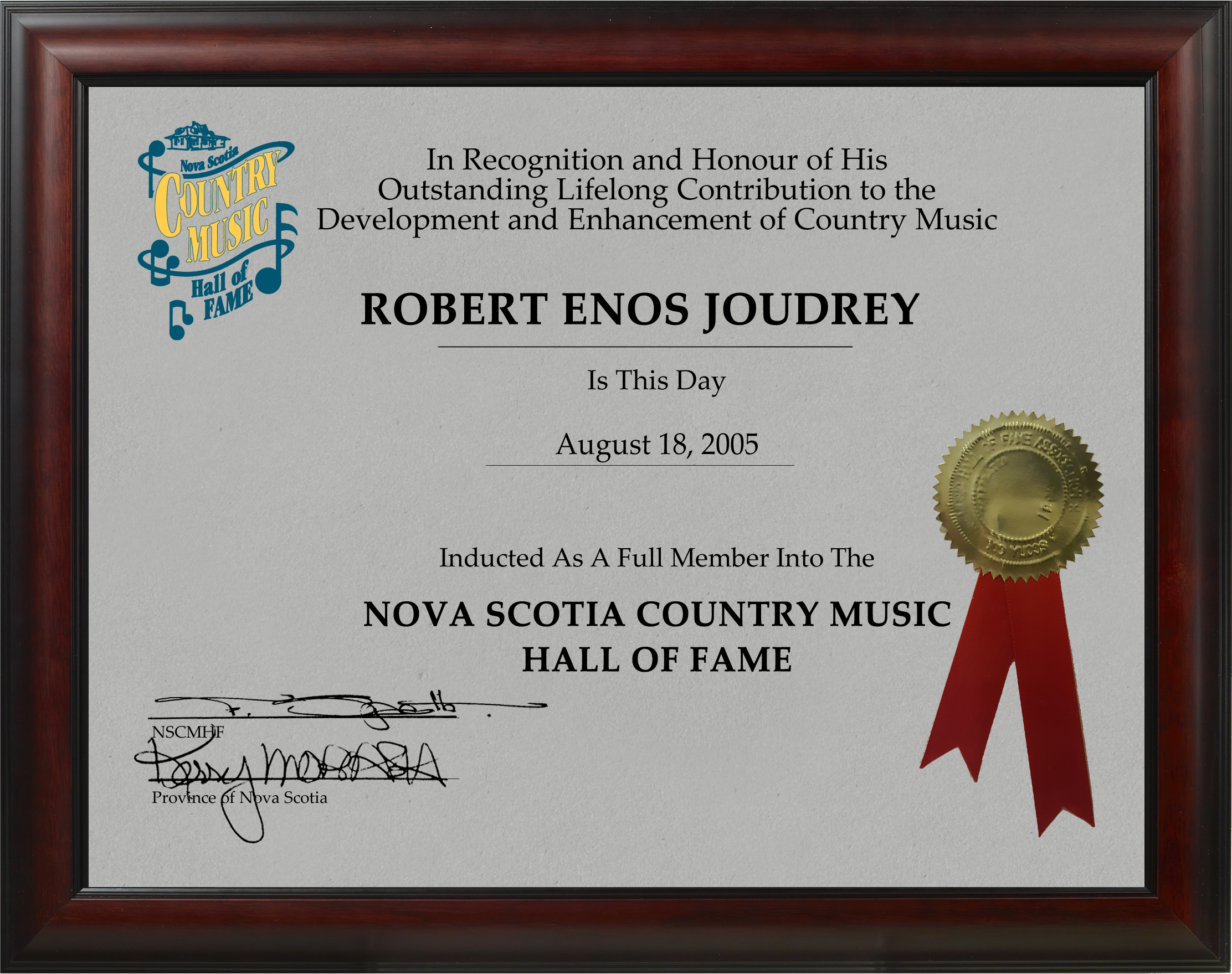