Ivan Hicks was born in Upper Sackville, N. B., on July 6, 1940. He was introduced to music at an early age by his father, and played his first dance at age six. During his teen years he helped form and played fiddle for the country band, "Golden Valley Boys". After graduating from Mount Allison University (1964), Ivan began a 32-year teaching career in Salisbury, NB where he met fellow teacher, Vivian Webb. They were married in July 1970. From 1969 to 1989, Ivan was a member of the dance band, "Marshwinds", and in 1979 formed the old time and bluegrass band, "Maritime Express." Achievements have included: Maritime Fiddle Champion 1979-80 and Canadian finalist, numerous recordings, books of fiddle tunes, original compositions, performances throughout Canada and the United States, co-founder of the Maritime Fiddlers Association, induction into the NB Country Music Hall of Fame (1985) and North America Fiddlers Hall of Fame (1990), President and Director of the NB Country Music Hall of Fame, director of the National Old Time Fiddlers Association and Music New Brunswick, promotion of fiddle music through teaching, workshops and music camps, involvement with Fiddles on the Tobique since 1994, chairman of the Fiddles of the World conference in Halifax (1999), two successful tours of Canada (2000, 2002) and along withVivian, ECMA Volunteer of the Year Award (2002.) 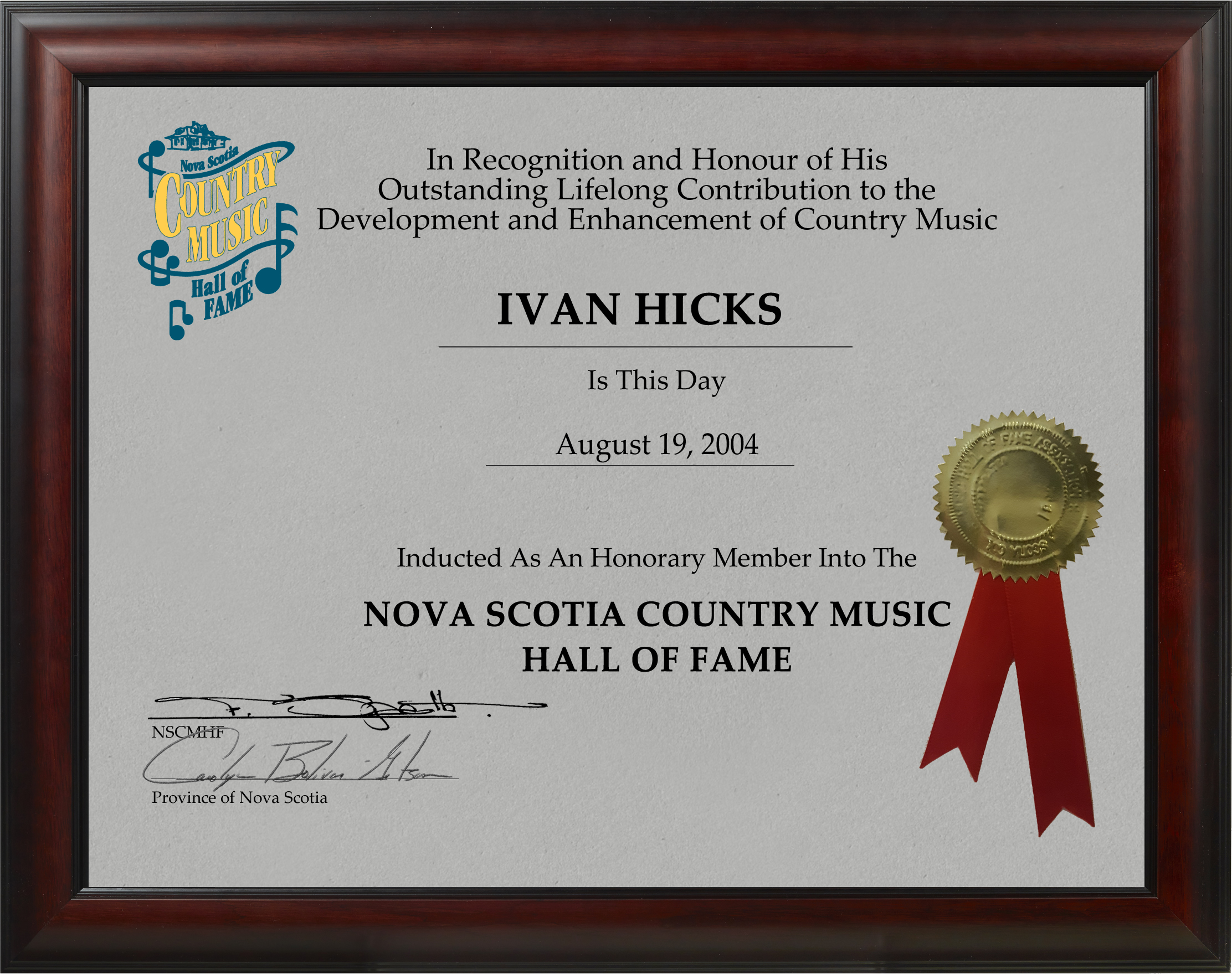