Carl Elliot was born on December 25, 1928 in Pleasant Hills, Nova Scotia. He started playing guitar and fiddle as a teenager for dances with his mother, Abbie and brother, Gerald in Economy where the family now resides. In 1947 he left Economy to go to Ontario to find work, and in the early fifties started playing in the fiddle Country Bands. While playing with Ramblin' Ross Allen he played fiddle on a recording by Ross Allan & The Homesteaders and then was asked to make an old time fiddle by "Arc Records". For this record he used his brothers, Merile, on guitar, Gerald, on fiddle & guitar, and Percy (Ace), on piano, along with Albert Walton on "stand up" bass. Carl recorded two albums on Arc, one on the "Point" label and later three albums with his sons, Bill and Mike. Bill (age 15), on guitar, and Mike (age 11), on electric bass, on the "Marathon" label, which were distributed across Canada. While living in Ajax, Ontario, Carl played country fiddle with Floyd Lloyd and later with "Gord Grills and the Road Rangers". Gord was the president of the Hank Snow Fan Club in that area for many years. In 1972, Carl and family moved back to Nova Scotia, where he had purchased a dance hall in Portaupique Beach and, with a family band, had old time dances for a few years. Carl has played all around the Maritimes and in Manitoba where he lived for a year, as well as in Ontario. He has played for dances, shows, weddings, clubs, and in church. He has composed several fiddle tunes, including "Allie's Hornpipe", Carl Elliott's Hornpipe and Glenda's Reel (named for his daughter, Glenda). Glenda's Reel is very popular and is played and recorded by several fiddlers all across Canada. He has recently composed four more tunes, including "The Pleasant Hills Waltz", "The Dugway Jig", "Roda G. Keel" and "Shiftin' Gears". (Carl was a truck driver for many years) These tunes will be on a new C.D., which he, Bill, Mike, and Glenda are now working on and hope to have it out in the near future. This C.D will have Bill on guitar, fiddle and banjo and Mike, also on fiddle, mandolin, piano and bass, and Glenda on snare drum. Carl has played a variety of styles on the fiddle over the years, including "Back UP Country", "Old Time" and "Swing" and has recently joined, along with his sons, Bill and Mike, The Birchmountain Bluegrass Band, which was formed by Larry and Mark Boutilier, twenty-five years ago. They are very busy with the Bluegrass Festivals all summer, and are enjoying it very much. He has also won the Maritime Old Time Fiddle Contest in Dartmouth, N.S., several times and has also been a judge in the Dartmouth Contest and others. He has been one of the best known fiddlers in Canada for many years. He and his brothers played in Ontario for several years and recorded on the Point and Arc labels. After returning to Nova Scotia, Carl continued to play and record with two of his sons in the band. He plays several styles equally well.
2 or 3 Pictures go here. 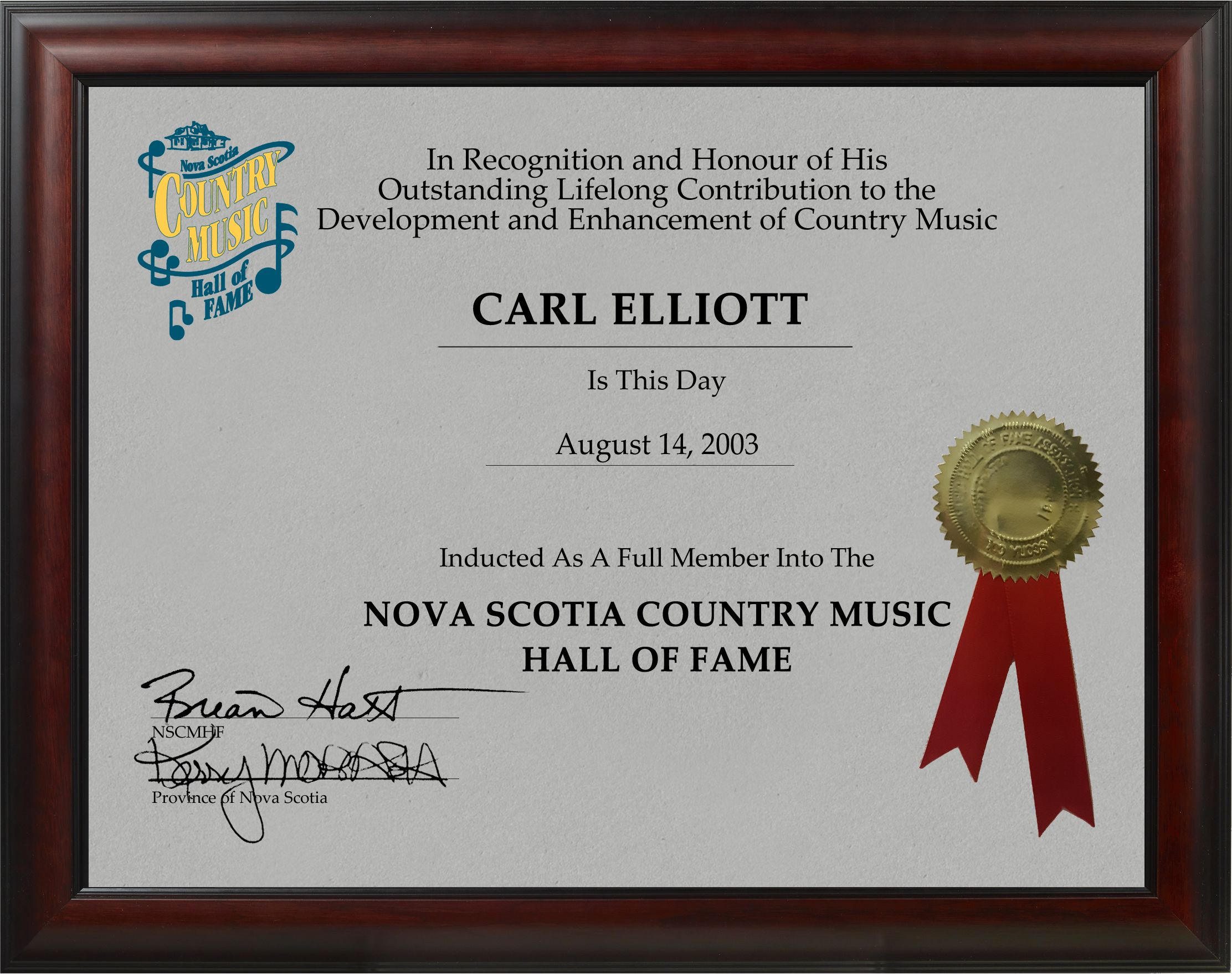