Wilf Carter was born in Port Hilford, Nova Scotia on December 18, 1904. As his father was a minister, the family moved around and it was while in the Canning area that Wilf slipped away to hear a yodeler billed as "The Yodeling Fool." Wilf decided at once to be a yodeler, against the wishes of his parents.

As a young man, Wilf move to Alberta where he worked on ranches and continued to develop his singing and yodeling style. His first radio work was on CFCN Calgary where he performed Friday nights for five dollars. He was later hired to entertain the Canadian Pacific trail rides out of Banff, Alberta.  CP hired Wilf to sing on the maiden voyage of their cruise ships Empress of Britain. On his way to catch the ship, he stopped in Montreal to audition for RCA Victor. On December 30, 1933, Wilf recorded two songs for Victor's A & R man, A. Hugh Joseph. "Swiss Moonlight Lullaby" and "The Capture of Albert Johnson" were instant hits. The two songs have remained popular for more than 60 years and have continually been available on 78, LP and now on compact disc.

After the cruise, Wilf went on the CBS network out of New York and was heard across the United States. It was here that he was given the name "Montana Slim". His records were extremely popular in the US, Canada and Australia. It has been said he carried the Canadian division of RCA through the depression.  In 1940, Wilf was almost killed in a car accident. He spend most of the early 1940s recuperation at his rand in Alberta raising beef cattle. Wilf never lost the urge to entertain, however, and shortly after World War II, he move to New Jersey, hit the road again and continued recording.

Most of Wilf's recording career was with RCA, though he recorded for Decca in 1935 and again from a954 to 1958. He later returned to RCA and remained with the company until his final LP in 1988. That album included the hit "Whatever Became of Those Years". Wilf as still packing the auditoriums right up to his final tour in 1990.  Wilf Carter passed away in Arizona after a bout with cancer on December 5, 1996. just two weeks before his 92nd birthday. 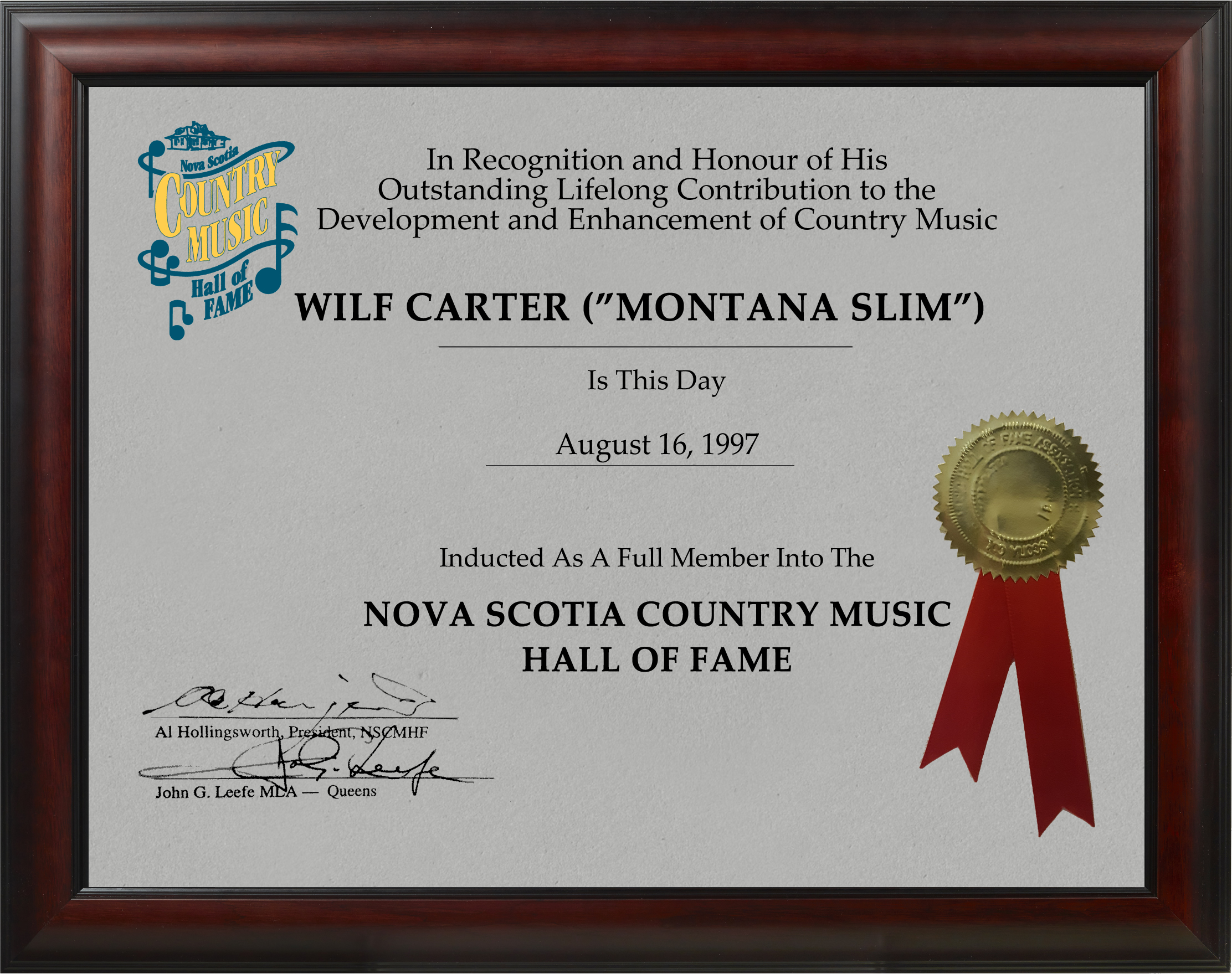