Jamie Cotter was born in Shelburne County, Nova Scotia in 1961. He started performing at the age of 12 and, since that time, his music has taken him to many destinations around the world.

Jamie has written many songs that have received air play in Nova Scotia on Country 101.9 in Halifax, CKBW in Bridgewater, Hank FM in Bridgewater, CJLS in Yarmouth, CBC morning show with Stan Carew in Halifax as well as many countries overseas including Australia, Austria, Belgium, England, France, Germany, Greece, Italy, Japan, Spain and many others. He has also made television appearances in Nova Scotia as well as the U.S. and Germany.

He had the opportunity to record two CD's entitled With Friends Like You and That's My Country at Hall of Fame Records in Nashville, Tennessee in the late 1990's and early 2000's. The first included the singles "I'll Spend My Life Loving You" , "Sweet Dreams" and "Back on Track". There was also a video created in Nashville for "Sweet Dreams". While in Nashville, Jamie performed at Tootsies Orchid Lounge and was invited to come back and perform whenever he came back to town.

Jamie has performed at countless shows in Nova Scotia and around the Maritimes including exhibitions, fundraisers, festivals, and jamborees. In 1999, he also was honoured to sing at the memorial service for Hank Snow in Liverpool. In addition to these, Jamie has completed six tours overseas that included performances in several venues in Germany and Austria. 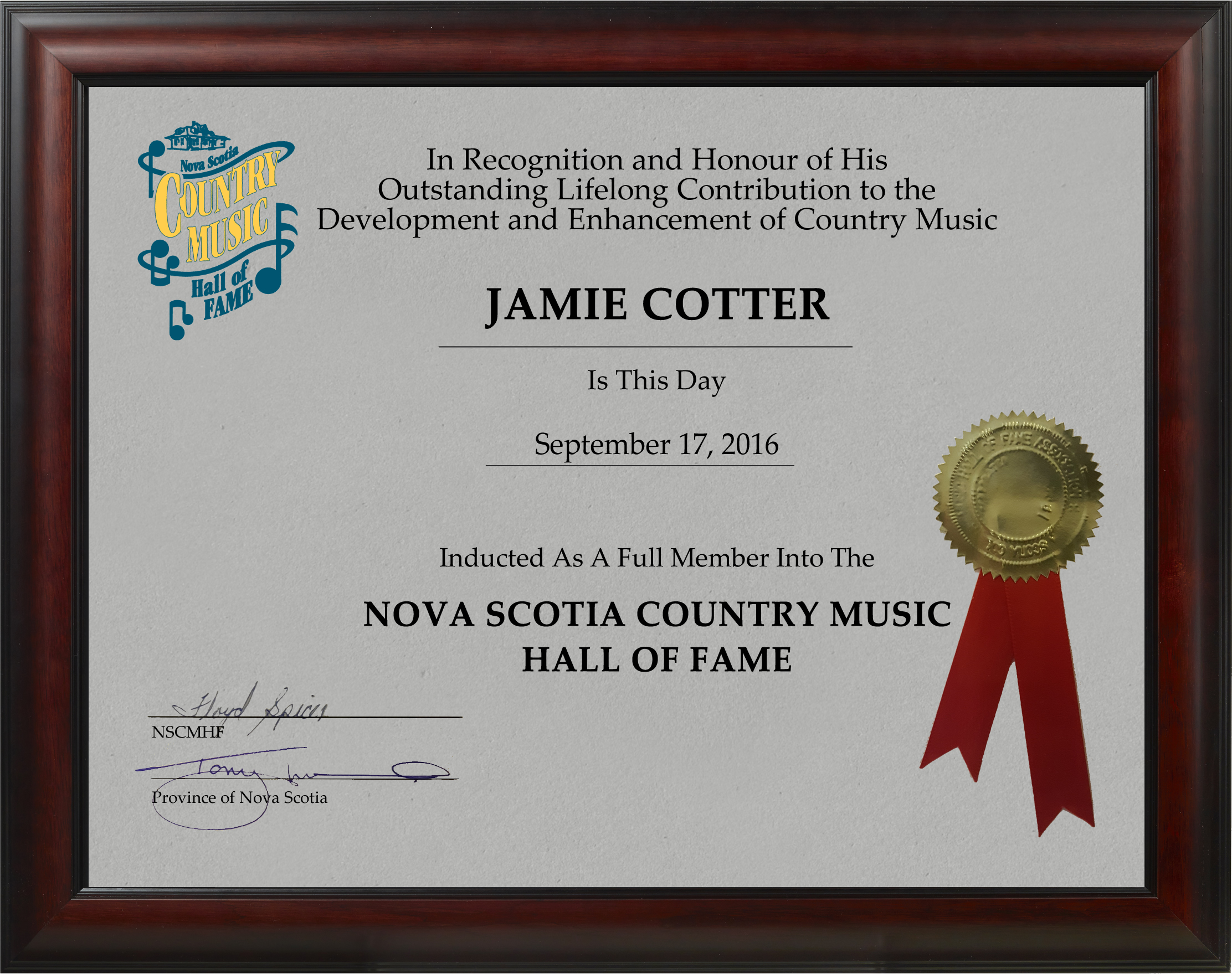