Born and raised in the small town of Arichat, Isle Madame, Nova Scotia, Robert began his musical career at an early age. As with many performers, he began his career as a soloist in his local Roman Catholic church.

By the time he turned 13, he was playing his own accompaniment on the guitar and made his first television appearance on a country show called T.R Ranch broadcast from Sydney, Nova Scotia. This appearance was followed by numerous radio shows and dances with local bands where he would earn $5. - $15. per night.

At 17, Robert joined the Royal Canadian Air Force where he served his country for 3 years and continued to involve himself in every aspect of musical entertainment. Following his service career, Robert became a regular featured singer on the Oland's Saturday Night television show sponsored by Gland's Brewery on CJCB television. In later years, he appeared on The Tommy Hunter Show and Sun Country with Ian Tyson.

Robert has recorded a total of five independent albums beginning with 'Irish & Country Sides of Robert Bouchard', 'She's My Lady' which was recorded in Ottawa at Marc Studios, 'Just Enough Love', 'Small Town Boy' which includes the song I Don't Hear Merle Haggard Anymore. His much loved album 'Songs of Audie Murphy', a collection of songs written by Audie Murphy was recorded in Nashville.

He has a rich baritone voice as he sings his own unique style of country music straight from the heart. He has earned the title "Cape Breton's Country Gentleman" because of his constant mild manner and his humble personality. He has enjoyed a large fan base and after 45 years his fans are still there waiting in anticipation for his next album, gig or personal appearance.

Robert, his late wife, Giselle and their band travelled and performed across Canada two times during the 70s & 80s. Robert & Giselle were one of Nova Scotia's most well-known and loved duos playing throughout Canada and the United States.

Today, Robert enjoys life in Cape Breton and is still performing on a regular basis travelling to different venues around Nova Scotia playing to appreciative audiences. His unique voice has become even richer in the past few years and he shows no signs of slowing down any time soon. 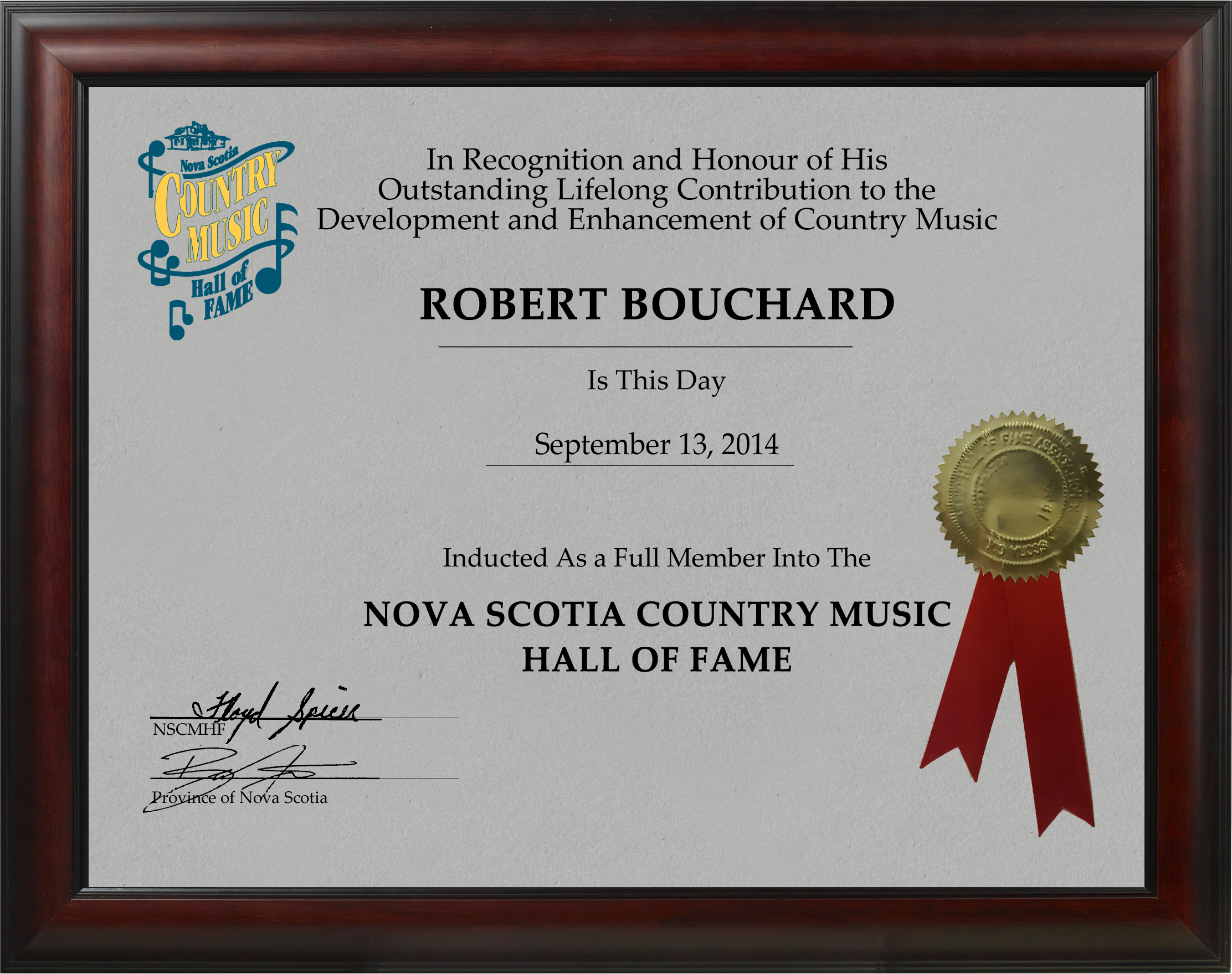