William (Bill) Huey is the youngest of seven children, born October 14, 1951, to Melbourne and Marion Huey in Halifax, NS.  The family moved to Stewiacke in 1952.  His Uncle, Bernie Benjamin played with "The Valley Boys" each week over CFAB Windsor Radio. Bill got his first guitar for Christmas at the age of eight learning how to play when he was fifteen using a 75¢ chord book.  In 1969 he made his first appearance on stage at the Fireman's Jamboree in his hometown to an audience of nearly 500.
Bill met his hero, Tom T. Hall and bought an Ovation guitar like Halls in 1972.  He formed his own dance band 'Country Sounds' and in 1977 received an award from Nine Mile River Community Hall for participation in their Jamborees.  Bill plays not only guitar but also bass, is a songwriter, an organizer and well-respected singer. During his career he has played back up guitar on stage with; Country Music Hall of Famer, Patsy Montana and bass for Jack Jensen (The Rhythm Pals).  As well as TV and stage appearances, he has performed in many benefit shows, exhibitions, at the Hank Snow Tribute, and dances across the province.

As a well-known songwriter with published & recorded songs by local artists, Bill has been a participant in several songwriter circles.  He has performed on Cable TV, taken part in the Arthritis Telethon and on Fred Isenor's Bluegrass and Old Time TV show.  Bill performs and emcees at a coffee house in the Truro Salvation Army each month, and has done so for over 27 years.

Among his accomplishments, Bill has organized tributes to Hank Williams and Jim Reeves.   In 2010/2011 Bill organized a Jim Reeves tribute entitled 'Welcome to My World'.  These tributes were fundraisers and were well received.  In 2006 he organized the first all Hank Williams Gospel Tribute, an annual sold out event. Bill was made a lifetime member of the Hank Williams Appreciation Society in Alabama in 2010 for his work keeping Hank Williams music alive. Bill and his wife Susan can be seen each year performing at the Nuttby Country Church Christmas shows.  They reside in Colchester County, NS.

Bill's singing style has always remained the same and has earned him the name of "Country Bill". 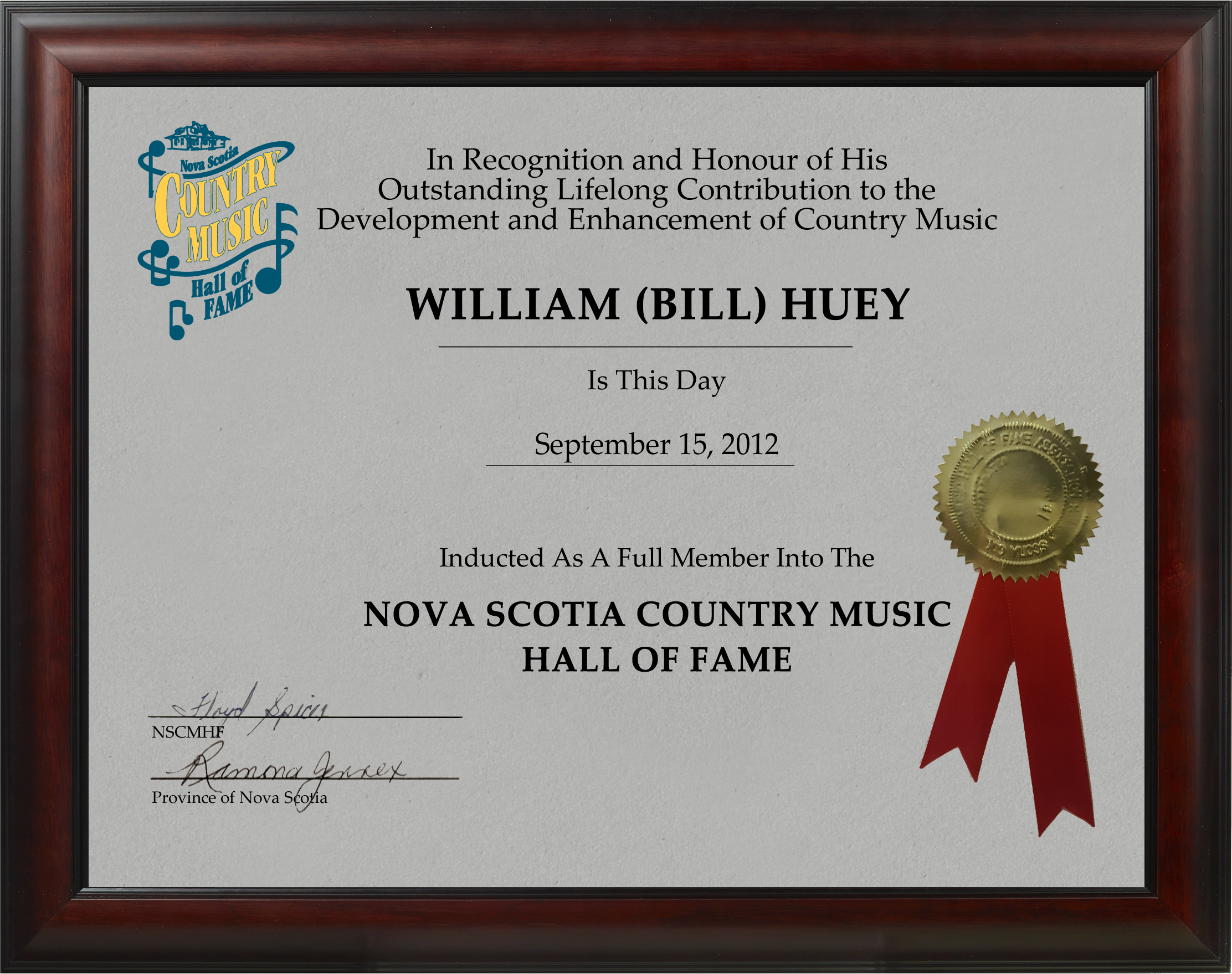