Paul Moulaison who makes his home in Yarmouth County, NS has played for dances, shows and jamborees throughout NS, NB & the USA but especially along the South West Nova Scotia shore.  He began his musical career in the late 40's and has mastered his chosen instrument – the electric guitar – making it his own.
Paul has been equally at home accompanying amateur musicians or famous recording artists such as Carroll Baker, George Hamilton IV, Lynne Crowell, Johnny Gold or the Rainbow Ranch Boys.  Paul's ability to enhance any performance in which he has been involved is well known throughout the Maritimes.  He has played backup and lead on several CD's for local recording artists and for the group Rough Edges in which he has been the lead guitar player for many years along with Delbert Saulnier, Mike Surette & Don Doucet.  Previously he was the lead guitar player in the Good Tymes Band.

With over 6 decades as a performing artist, recording artist and promoter of country music in Nova Scotia, Paul has raised the caliber of the shows in which he performed.  He has played on radio stations across the province, on TV including Breakfast Television with the Rainbow Ranch Boys and as a regular backup artist at the Hank Snow Tribute. He is the owner of many beautiful and unique guitars he uses to play at fundraisers and shows helping many communities, including raising monies for a fetal heart monitor for Yarmouth Regional Hospital.

Not only does Paul play guitar for audiences, he also has his own Radio Show on the French Station CIFA in South West Nova Scotia where he promotes country music in french and english.  Paul is the first Acadien Nova Scotian to be Inducted to the NSCMHF.

Paul is an inspiration to Nova Scotia guitarists and musicians.  His love of music and his special ability to provide a distinctive and well-loved guitar sound provides enjoyment for country music audiences across Nova Scotia. 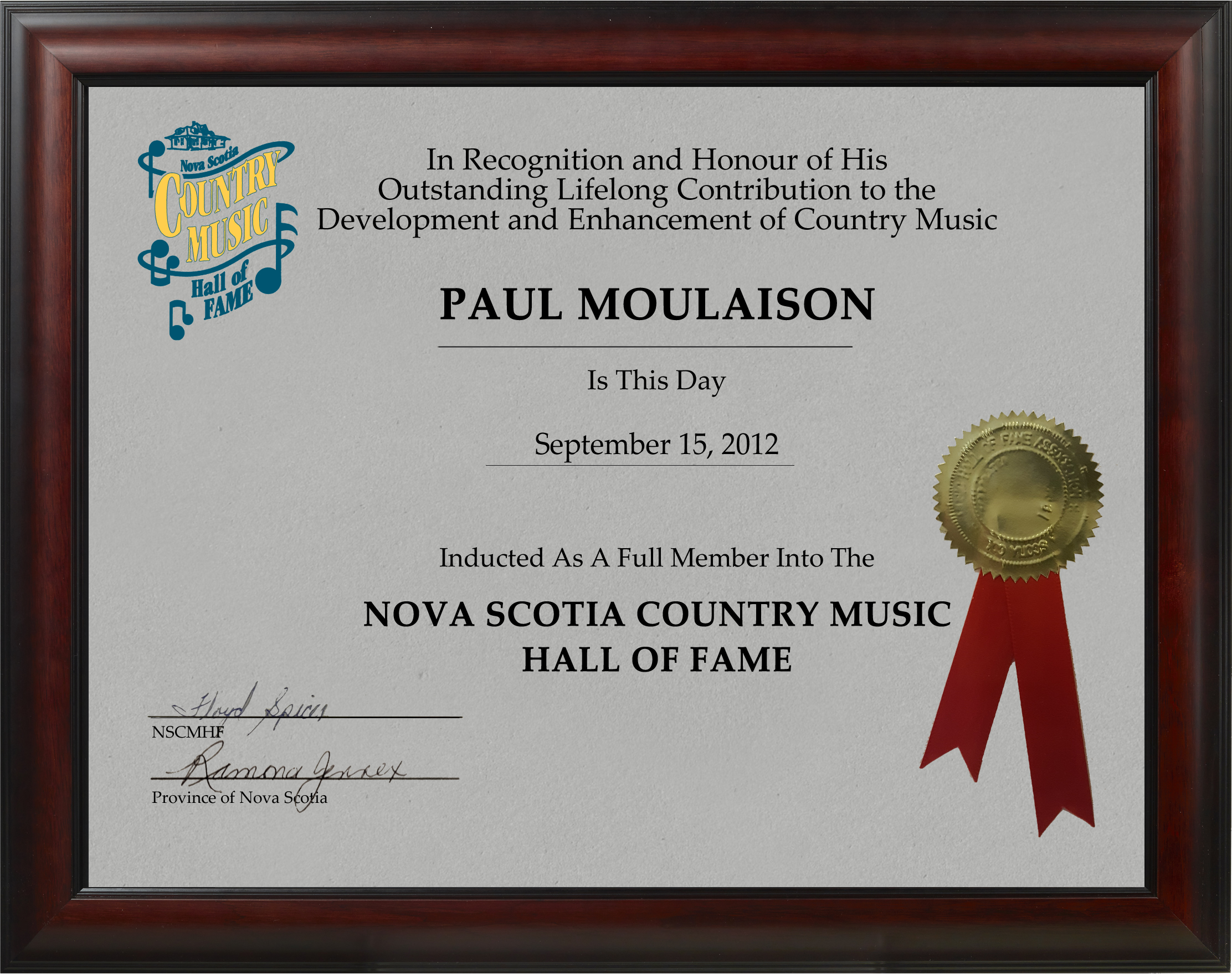