Lloyd Tattrie was born and raised in French River, Tatamagouche, Nova Scotia on a family farm, which he eventually owned and operated until he retired.  He began playing the fiddle at age 11 and continued for over 88 years.

Throughout his life, Lloyd played for old time dances over Nova Scotia but especially along the North Shore, Pictou County.  He was a participant, organizer, and judge in fiddling contests all over the Maritimes winning numerous awards and trophies. As a founding member of the Maritime Fiddle Association, Lloyd was one of the first Directors. Lloyd was a member of the North Shore Fiddlers, the Harmony Trail Old Time Bluegrass band with whom he played many bluegrass festivals. He is the owner of several fiddles including a 'Roth' fiddle which he uses to play at fundraisers and shows helping many communities in the province.

As a songwriter, Lloyd has composed over 30 fiddle tunes and has recorded on several CD's including one called '83 Years of Fiddling'.  He has received many coveted awards including the Tara Lynn Touesnard Memorial Award, the Curtis Hicks Memorial Award as well as a certificate of recognition from the Maritime Fiddlers association. He has been inducted to the Canadian Archives of Music in Ottawa.  Lloyd has been profiled in the 'Maritime Fiddlers newsletter' and from Ottawa in 'The Canadian Grand Masters Fiddlers newsletter'.

Lloyd is an inspiration to Nova Scotia fiddlers and musicians.  His love of music and of the art of fiddling is evident in his work and as he continues to teach and encourage old and young fiddlers.  Lloyd lives in Tatamagouche and thanks "family, friends, fans and fellow musicians for their excellent support over the years". 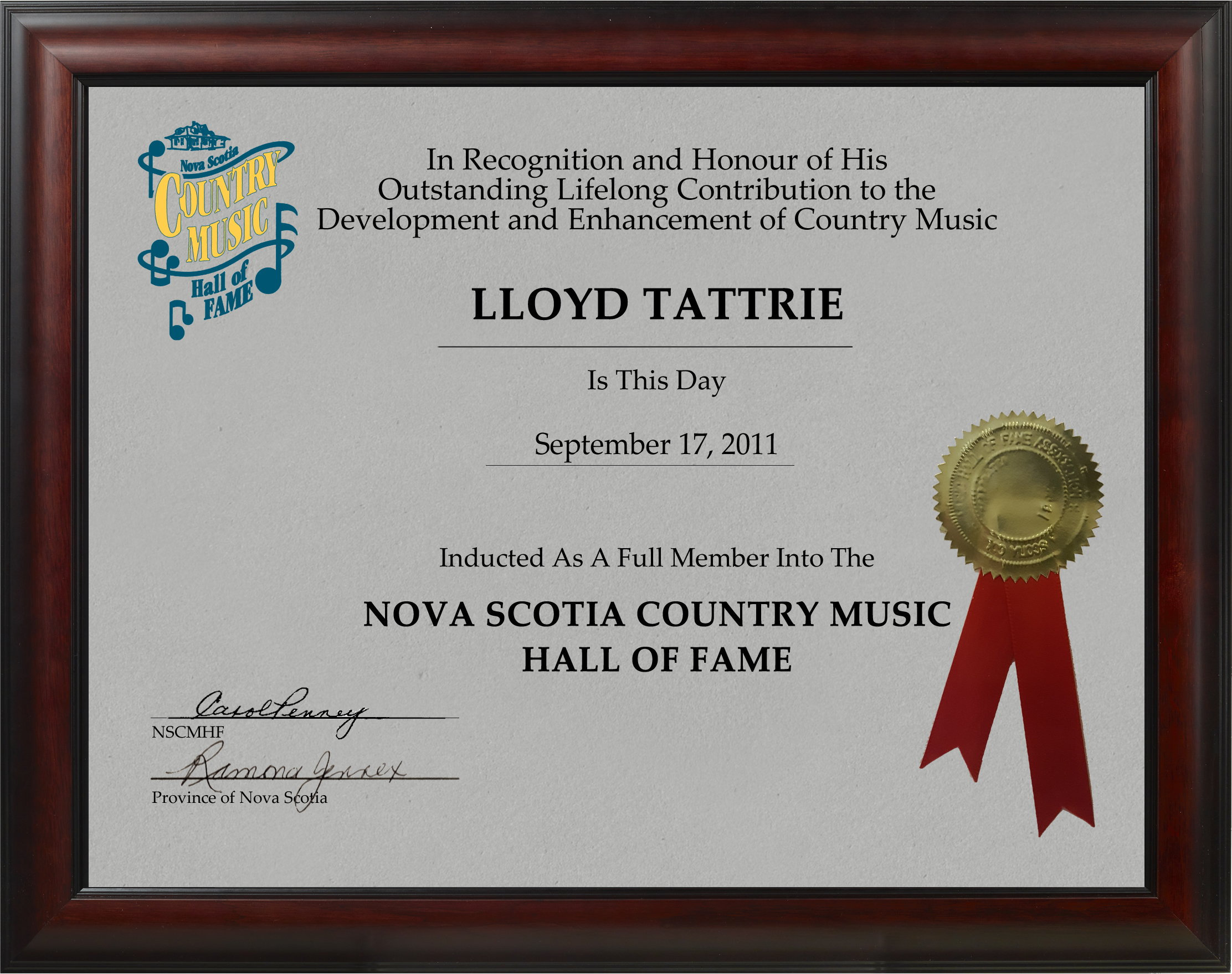