Bradford (Brad) Bruce was born and raised in the Annapolis Valley, Nova Scotia one of a family of four. Influenced by Hank Snow and listening to WWVA Wheeling West Virginia on the battery radio, Brad began a lifelong love and appreciation of country music.

Through experiences performing with bands of many genres Brad developed his distinctive mellow vocal tones. The early seventies found Brad back with his first love, country music, as a member of the popular country group - Big Buffalo known as the Maritimes best country act. This awarded group had many # 1 records, toured internationally, appeared on major TV shows, broadcast as far away as Africa. Through recording and developing his talents as a songwriter, touring extensively across Canada and the United States, Brad met, worked and appeared with great country artists including his idol - Hank Snow, George Jones, Justin Tubb, and George Hamilton IV. These events led to his appearance on Country Time TV Show, Ryans Fancy TV Show, Tommy Hunter Show, George Hamilton IV Show, WSM Grand Ole Opry, Country Eddie's Birmingham, Alabama show as well as the Oklahoma Opry. In concert Brad entertained through imaginary visits with stars of the Grand Ole Opry, from Ernest Tubb to Ray Charles, which was always a hit with the audience.

Brad's love of country music continues and he performs throughout the province. Following years of touring across Canada and the USA, Brad now resides in Halifax with his family and is a distinguished and well-known member of the local music community. 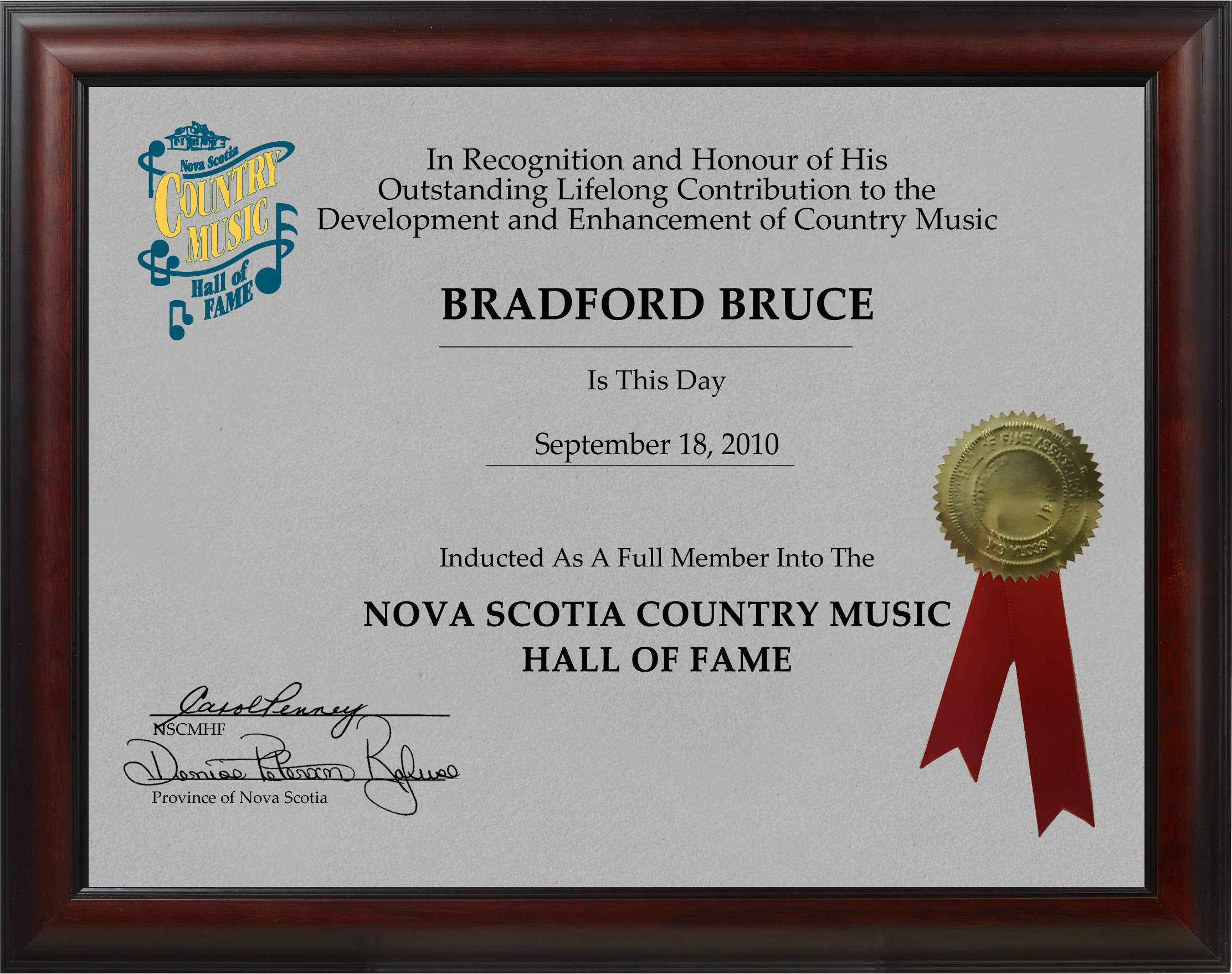