Dale has a phenomenal ability to remember lyrics to hundreds of songs - traditional country, country classics, bluegrass, gospel or country rock. He keeps alive for the younger generation those country songs that would have long been forgotten. During his over 60-year association with country music, Dale has shared the stage with a variety of well-known country artists including Kitty Wells, Anne Murray and Carroll Baker. He has performed at community halls, Stat Halls, theatres and outdoor venues in Canada and Europe as well as at numerous fundraising events all over Nova Scotia including yearly at the Hank Snow Tribute since its inception.

Performing in award-winning country outfits, Dale has been in many bands not only in Canada, but also in Europe during his military career there, and has appeared on radio and TV. He plays guitar, fiddle, mandolin, banjo, bass and has recorded several CD's. He is also a songwriter.

Dale epitomizes the country music ethos by bringing down-home and family-based musical renditions to his audience and evokes memories of the 'kitchen music' many of us grew up hearing. Dale has been a bonafide ambassador of country music and a lifetime performer of that genre in Nova Scotia.

Dale's children inherited their father's musical ability and his wife Sue performs with him in his band 'Doin Country'. When not performing and travelling throughout Nova Scotia, Dale and Sue reside in Port Mouton, NS. 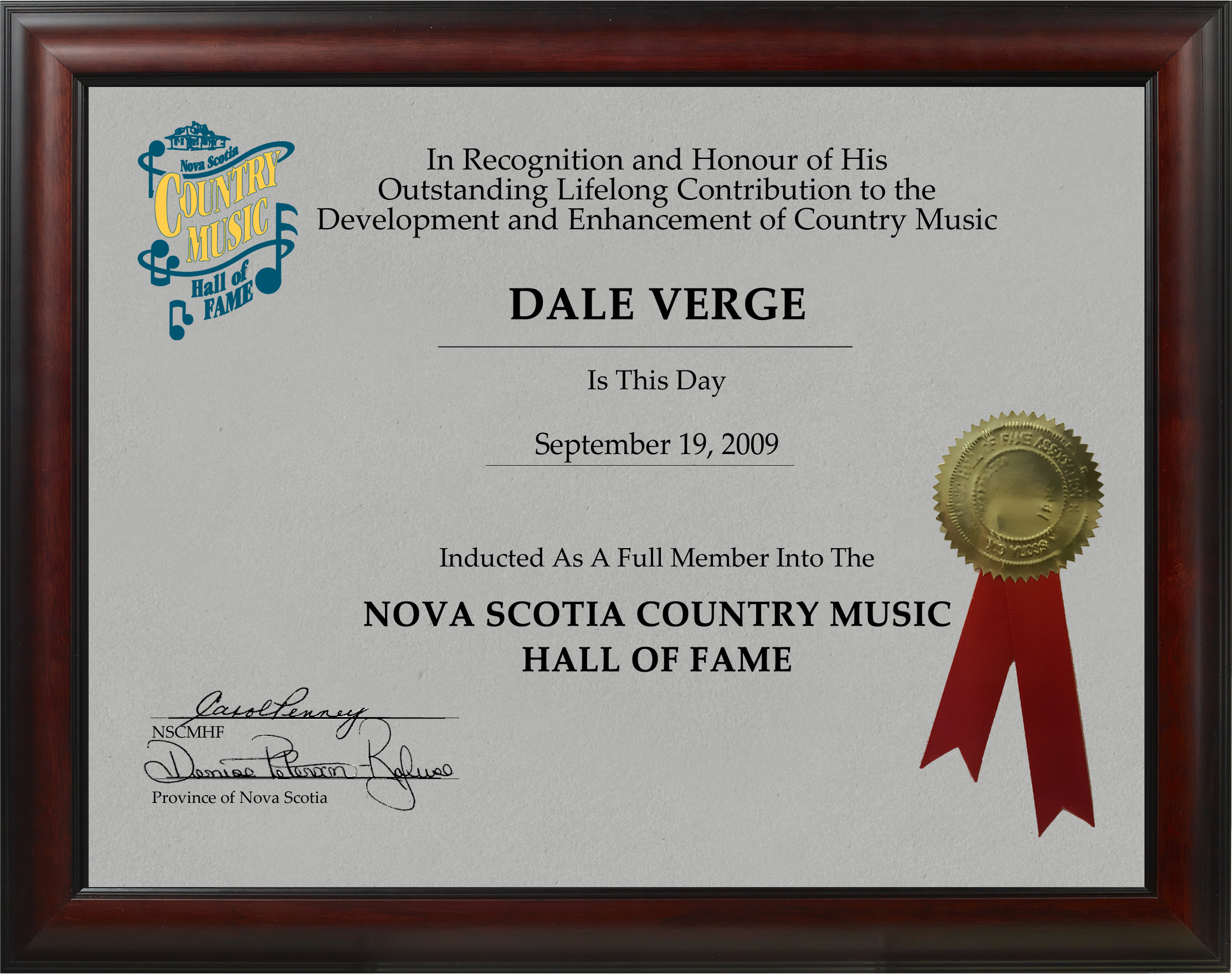