George "Hank" MacDonald is a talented singer and songwriter from the old railroad town of Mulgrave, Nova Scotia. As a child, Hank performed with his musical family at amateur shows in and around the Mulgrave area. It wasn't long until he was picking and singing, especially the songs of another Nova Scotia native and Hall of Fame Inductee, the late great Hank Snow.

Hank was a popular performer not only singing Hank Snow's songs but also his own compositions. After recording an album of railroad classics,he decided to move to Ontario. He was featured on CKCR radio in Kitchener, Ontario, toured with Kidd Baker and eventually joined the cast of the CKNX Barn Dance in Wingham, Ontario. On May 25, 2002, Hank was given the Pioneer Award by the Barn Dance Historical Society and Entertainment Museum.

Later Hank formed his own band and played the club circuit. He appeared on shows with such international stars as Minnie Pearl, Cowboy Copas, Mac Wiseman and Grandpa Jones.

Hank lived in British Columbia for a number of years. He eventually returned to Nova Scotia, settling in Auld's Cove where he still lives, playing his guitar and singing country songs. 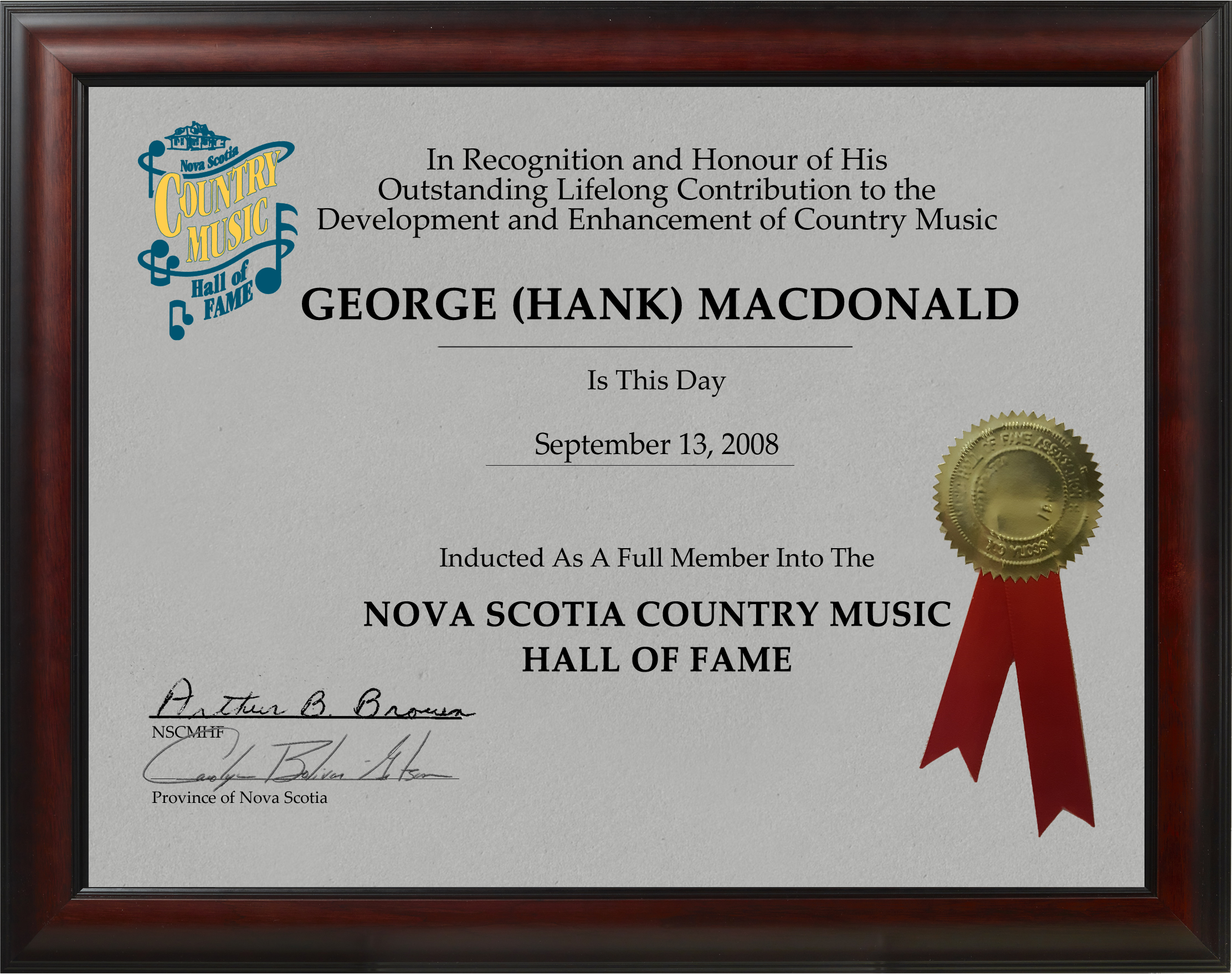