Roy Rudolph was born in Halifax, January 3, 1927. At the age of eight he began singing in concerts. For the next six years he was a regular performer on "The Unkle Mel's Junior Radio Stars" which aired live weekly on CHNS.

Starting around 1941 Roy was part of "The Concert Party Guild of Halifax." The Guild entertained the military troops stationed in the Halifax Dartmouth area as well as those who were on ships in the Harbour. They also entertained troops stationed in Debert, Aldershot and Greenwood. Roy did a few shows on the road with George Seymore, later known as Randy Stewart of "The Hillbilly Jewels."

In the mid 40s Roy and Bill Whelan had a live weekly show on CJCH. During this period Roy also played the A. J. Walker chain of theaters throughout Nova Scotia. In 1946 Roy, then known as "The Rhythm Ranger," toured the Maritimes with the "Bill Lynch Show." He was also guest vocalist on the "Billy Reid Show" several times. In the late 40s Roy did a lot of guest spots for the conventions at the Lord Nelson and the Nova Scotian hotels in Halifax.

It was during the time Roy was entertaining the troops with "The Halifax Entertainment Guide" that he met Frances Conrad, an accomplished yodeler. Roy and Frances formed a duo and were married in 1952. they performed at many variety shows, conventions, exhibitions, Legions, military service clubs, hospitals and nursing home throughout the province. In 1954 Fran and Roy formed "The Melody Trail Show" featuring "The Melody Trail Riders." They also had a live weekly radio show on CKEN, Kentville. They also appeared on the CBC program "Pick The Stars."

Roy started writing songs at age sixteen. Between 1956 and 1958 he recorded three of his songs with Rodeo Records, "Streamliner," "I Can't Go On Without You" and Miracle at Springhill." Fran recorded "Footsteps of a Fool" and a duet with Roy, "I'll Fight The World" on Banff Records. 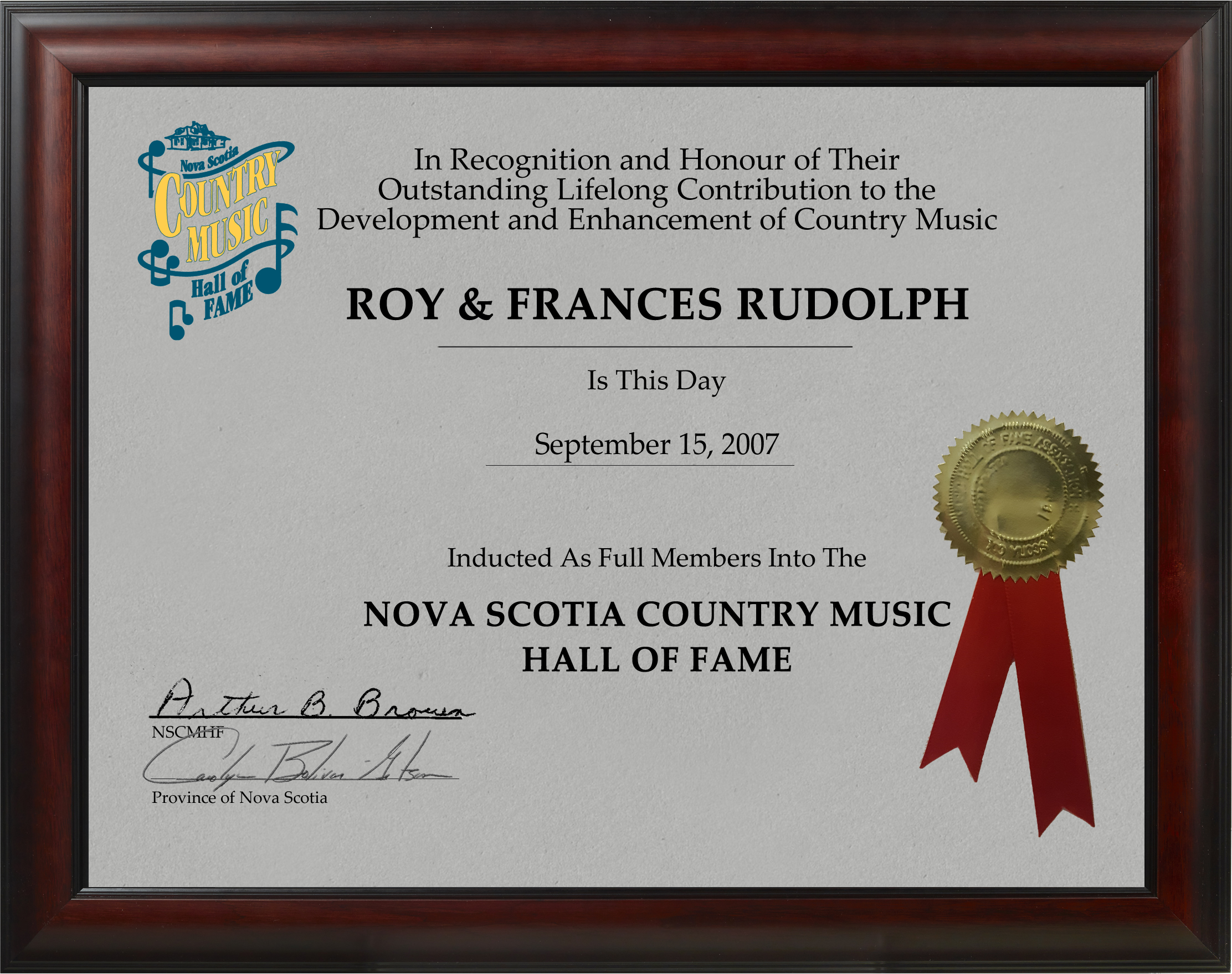 I'd Fight The World - Fran and Roy Rudolph