Few Nova Scotia country music artists have reached the achievements of Joyce Seamone. Although she came from Maplewood, a small rural community in Nova Scotia, her musical career has taken her far and wide. When she moved to Ontario, it didn't take long for local bands to seek her as their lead vocalist. A scout from Marathon Records caught one of these performances and signed her to her first recording contract. Testing 1 2 3, her first session produced in Toronto, went GOLD and stayed on the Canadian Country Music Charts for seventeen weeks. She went on to record two more albums on Marathon, followed by a fourth album that was recorded when she signed with Boot Records. While with Boot Records she recorded in both Toronto and Nashville. During both contracts, Joyce worked with the best musicians of that era performing in both Canada & the US to support her career. Although still active with personal appearances, Joyce took a hiatus from recording while her family was growing up. Then in 1992, after returning to Nova Scotia, Joyce recorded "The Other Side of Me", produced by Georges Hebert, longtime guitarist for Anne Murray. To support overseas airplay, Joyce and her band "Total Country" traveled to The Netherlands (Holland), Germany, Sweden and Denmark during 1996, 1997 and 1999.As a songwriter, she has had her songs recorded by other artists as well as recording them herself. She is also a published author with both stories and poems in various publications. Joyce is kept busy between performing, songwriting and her involvement in musical related organizations. 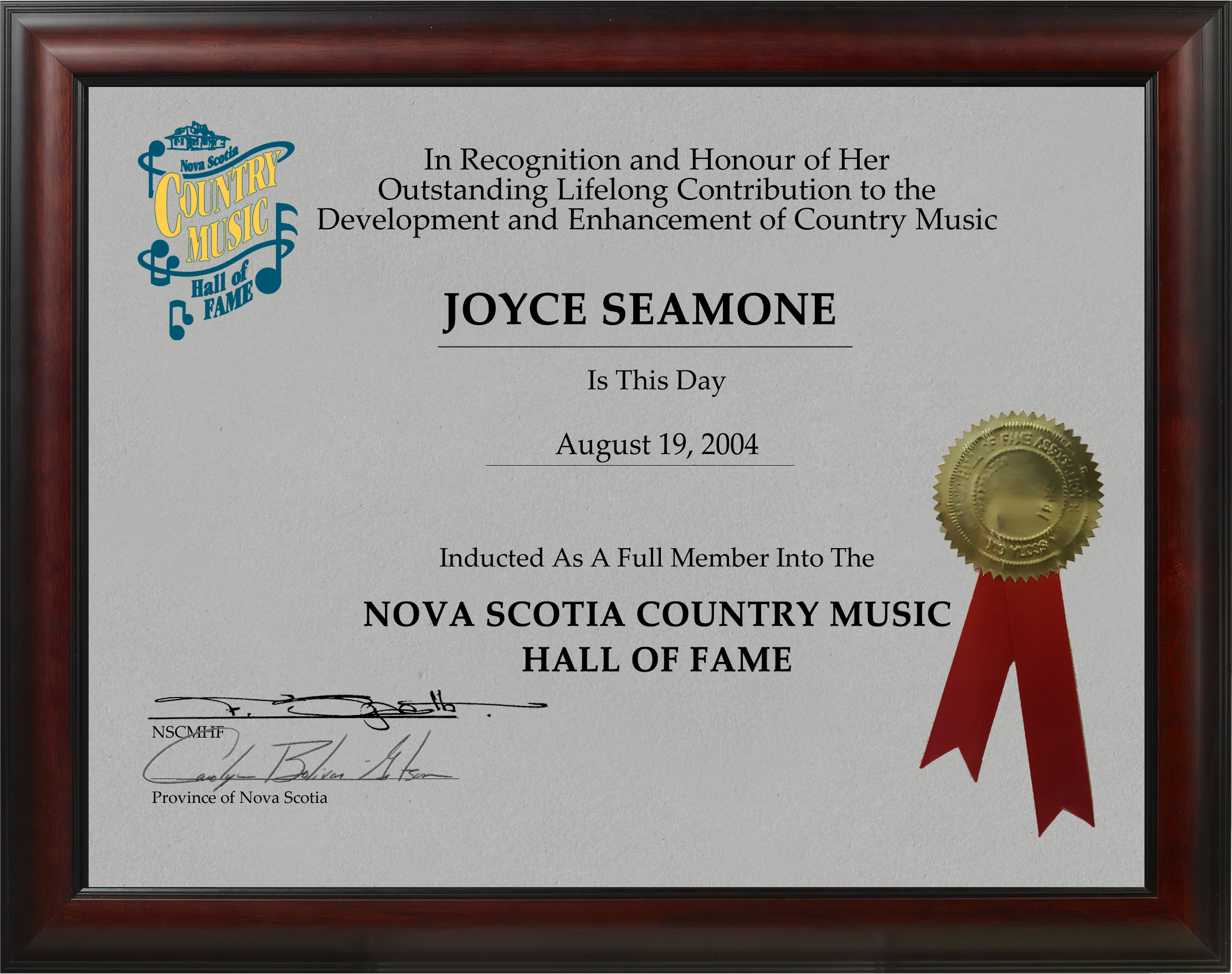