Born in 1949 in Port Medway, Nova Scotia, to Iverna and Gordon, Carroll Baker is the youngest of six children. She was brought up in a musical family, her brother and sister being singers, her father, an old time fiddler and her mother, an actress. In those early years, Carroll preferred Rock and Roll to Country Music and was a big Beatle fan. Her father often told her when she grew up she would learn to appreciate country music. It was not until she heard the country hit, "Almost Persuaded", on her honeymoon in 1968 that she began to appreciate Country music, and wanted to carve out a career as a country singer. At 19, she made her professional debut in Oakville. Gaiety Records released her first single "Mem'ries of Home", in 1970, which stayed on the Canadian country charts for 26 weeks and between 1975 and 1982 she had 22 Top Ten records. In a career that has spanned more than twenty-five years, She has received almost every major country music award in Canada including "Entertainer of The Year". She has sold more than a million albums, and had several number one hits. She proudly displays three platinum, six gold LP's as well as five gold singles including "I've Never Been This Far Before", "The Hungry Fire of Love", "One Night Of Cheatin' Ain't Worth The Reapin'", "Tonight With Love", and "Why I Had To Pass This Way". Carroll won the Juno Award for "Top Country Female" in 1976 and "Top Country Female Singer" in 1977. She also won big country awards for "Top Country Female" from 1975 – 1977 and "Album of The Year" in 1976. Like most country performers, she performed in fairs and exhibitions and became known as Canada's Queen of Country Music. Carroll currently resides in Ontario with her husband John. 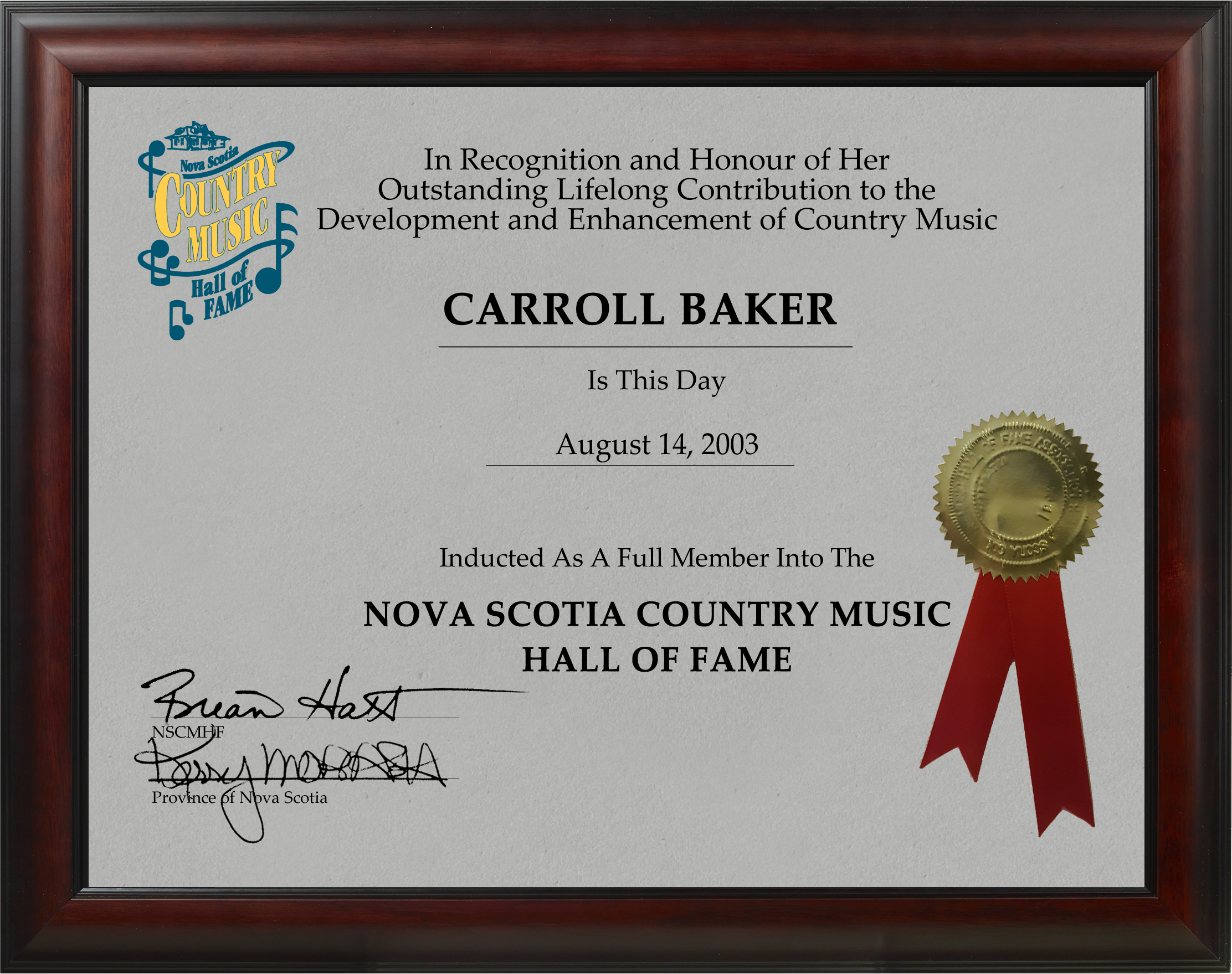