Ken Davidson, born in Halifax, Nova Scotia, October 9, 1924, although primarily a guitarist and bassist has always had a love for the violin. While living in Cape Breton, Ken had the pleasure of playing with Angus Chisholm and Winston "Scotty" Fitzgerald. In Ottawa he played with Ward Allen for over ten years in the very popular touring group, the CFRA Happy Wonderers, later known as the Family Brown in which Graham Townsend succeeded Ward. Since returning to Nova Scotia in the seventies, Ken has performed in many "fiddle fests" featuring Ivan and Vivian Hicks, Bill Guest, Ron Noiles, Keith Ross, Nancy Roach, and many other excellent fiddlers. In 1991, Ken Davidson, along with the Family Brown, Hal Botham, and Joe Pino, were inducted into the Ottawa Valley Country Music Hall of Fame. At the ceremonies, Ken was the recipient of a plaque presented by the Ottawa-Hull Federation of Musicians in recognition of his contribution to the heritage and culture of the Ottawa Valley. Ken Davidson passed away October 20, 2001. 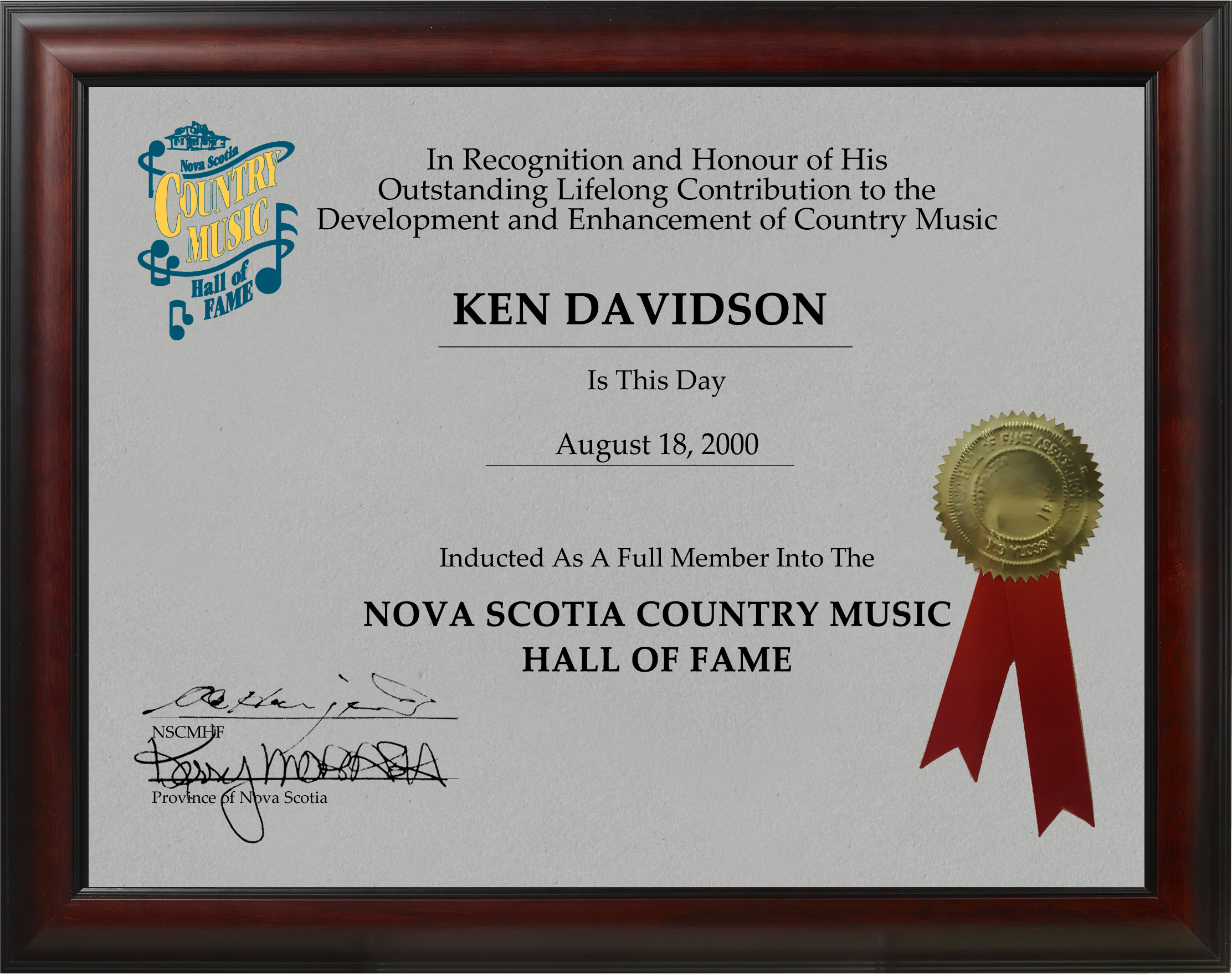