Ronald D. Scott  was born in Amherst, Nova Scotia on June 1, 1926. His brothers played what he refrs to as "depression guitar" and Ron started on guitar but switched to fiddle and mandolin. Bought his first used mandolin for $5.00, got a few tips from Alfred Robichard and Fred Riley amd was on his way.

Ron did his first shows with Harold King (The Cobequid Mountain Boy) from Springhill. In 1947 he toured with Hank Snow playing both fiddle and mandolin. He then moved to Kingston, Ontario where he attended Queen's University and studied languages and speaks several fluently. While in Kingston he formed a group called "The Riders of The Southern Trails". During this time they went on the road with Wilma Lee and Stoney Cooper.

After university Ron moved to Montreal. He worked with the International Service of the CBC and remained there until transferred to CBC Windsor, Ontario. His most productive years in music were in Montreal. In 1955 he played with a band called the "Cinch Brothers" though nobody's name was Cinch. This was the first Canadian bluegrass band to have a regular radio show, which was the The Hometown Jamboree on CFCF Montreal. In May of 1957 Ron recorded the first bluegrass record in Canada on the Spartan label featuring "When the Bees are in the Hive" and "The White Rose". The Bees got extensive airplay and would have been a hit with better distribution. After the Hometown Jamboree, Ron played several years with The Bobby Hill Show going coast to coast on CBC radio. He say, played mandolin and did some comedy. He is featured on their 1966 RCA LP entitled Bobby Hill on Tour.

When transferred to CBC Windsor in 1966, Ron found there was no bluegrass. However he occasionally got to Detroit and played mandolin with Roy McInnes & the Sunnysiders. The only recording he did was on other peoples' records in the United States.

Ron didn't record again until 1993 when he did Nova Scotia Calling which includes some of his own songs. Backup is by his friends from the Montreal years, The Southern Ramblers, with Guy Carpenter playing a dobro made by Ron who also makes mandolins and is a writer of note. 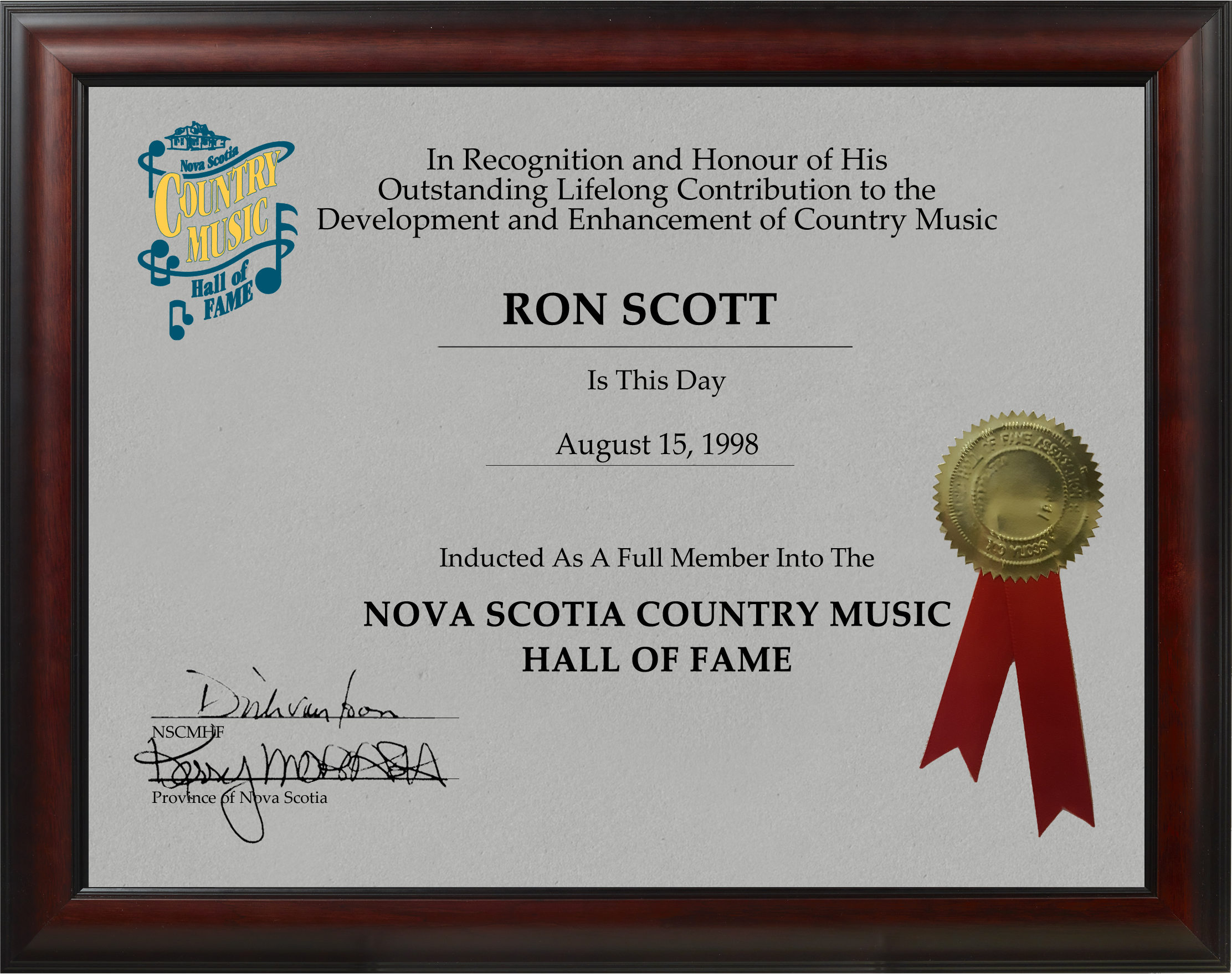