Don Messer was born in Tweedside, New Brunswick on May 9, 1909. He loved the violin and at five years of age could play a tune on his older brother's violin. At sixteen Don moved to Boston to live with an aunt and while there took some lessons and learned to read music. After returning to New Brunswick he began to play and in 1934 started his regular broadcasts as Don Messer & His New Brunswick Lumberjacks. In 1938 the band began recording for the Cornpo Company in Montreal, first on their Melotone label, later Apex and finally MCA. The first records were recorded off the radio shows through pre-arranged instructions.

In 1939 Don was asked by Art McDonald to move to CFCY in Charlottetown and take over the Islanders. This was a positive move as CFCY was the place to be and he still broadcast coast to coast on CBC. Don did his first TV show in 1956 and by 1957 had a regular show on CBC Halifax. He moved to Nova Scotia permanently in 1958.

In 1959 Don Messer & The Islanders were the summer replacement of the Tommy Hunter Show going across Canada on TV. The show was so popular that it remained year round. However, after 10 years the CBC brass in Ontario cancelled the show even though it was continually in the top 10 ratings. This caused an uprising across the entire country that was never known before or since. Thousands of letters, phone calls and petitions came to the CBC in protest. As always, the CBC refused to admit it was wrong. In spite of this there was no lapse in the TV show as Don and the Islanders went to Hamilton, Ontario each summer and taped the shows which were then distributed to private stations across the country.

Over the years Don made many cross country tours playing to packed houses. Don passed away on March 26, 1973, but his music remains as popular as ever. 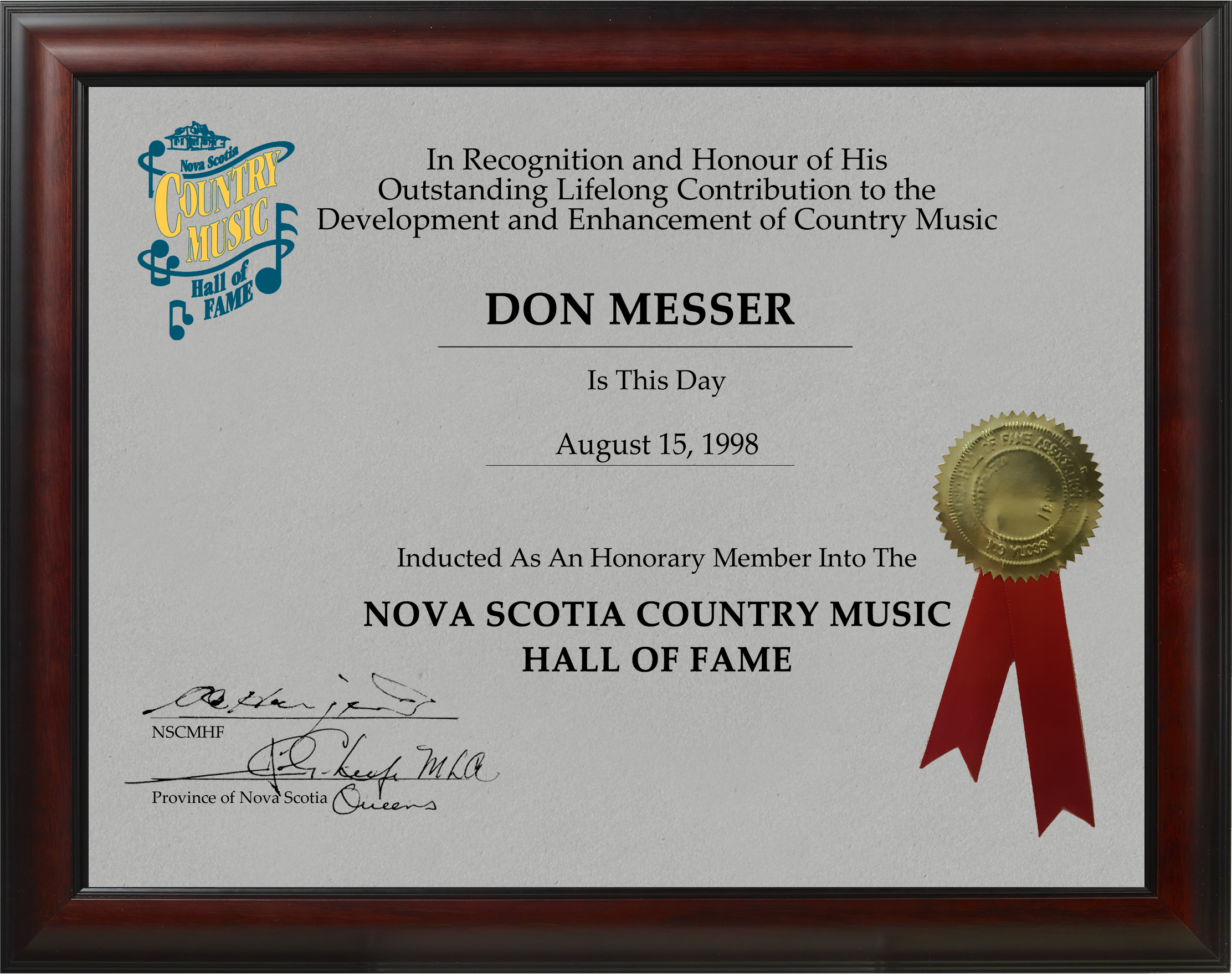